Code Pink, a US anti-war group that is mainly composed of women, is launching a boycott campaign against Israel’s biggest cosmetics maker Ahava.

The so-called Stolen Beauty campaign was launched on the occasion of the Cosmoprof North America annual tradeshow, which was held from July 19 to 21 in Las Vegas, Nevada. Yesterday, bikini-clad Code Pink activists rallied with signs and chants at the Ahava booth inside the beauty industry’s event and call on the Israeli company to end what they denounced as “its exploitations of the occupied West Bank”. Code Pink says that Ahava’s products, which are produced in a manufacturing facility located in the West Bank, are misleadingly labelled as “Made in Israel”. Indeed, Ahava has situated its main manufacturing plant and showroom and employs 120 staff at the Israeli settlement Mitzpe Shalem in the Palestinian West Bank near the shores of the Dead Sea.

Code Pink] says Ahava “is involved in and profit from the occupation of the Palestinian West Bank”. In the past two months, the action group has already staged three demonstrations against Ahava in Israel and New York.

Through the boycott campaign, Code Pink] wants to pressure Ahava to end its practices as well as to pressure the Israeli government to end “violations of international law against Palestine and its people”. Code Pink also plans to educate consumers about Ahava. 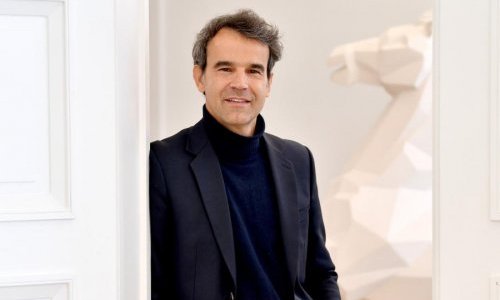