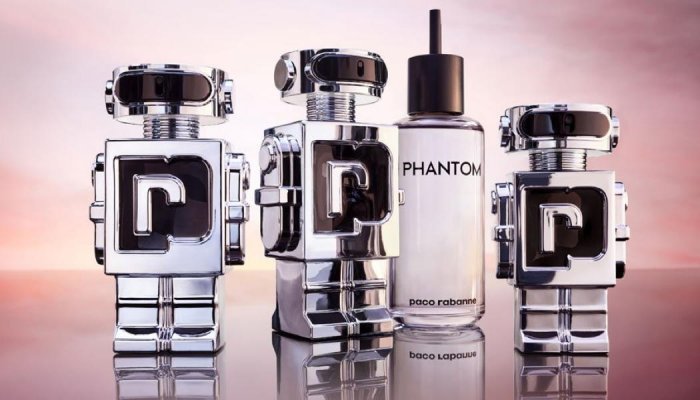 Puig carries on their endeavour to shake up the codes of traditional perfumery. With Phatom, Paco Rabanne’s latest men’s fragrance, the Barcelona-headquartered group is tapping into the avant-garde values of the fashion house to launch a techno-digital connected artefact containing a "futuristic aromatic" fragrance.

“When I think of Paco Rabanne, I don’t think retro - I think revolution, rebellion and renaissance,” said Julien Dossena, Paco Rabanne’s Artistic Director about its work for the fashion house since 2013.

In line with this vision, the brand has chosen robot-shaped design by Pierre Dinand (glass bottle by Pochet du Courval and Heinz Glas) for its latest men’s fragrance that was launched this summer. The bottle is topped with a spray cap by VPI, which can be connected to a smartphone thanks to an NFC chip (by STMicroelectronics).

Four perfumers from IFF participated in the fragrance creation. Loc Dong came up with the lavender and green citrus idea. Juliette Karagueuzoglou contributed with her knowledge of natural-ingredients, and Master Perfurmers Dominique Ropion and Anne Filipo fine-tuned the formula.

IFF perfumers have also relied on artificial intelligence-propelled "augmented creativity" tools that have been developed by the perfume house. From the first formulas designed by the perfumers, the algorithm suggests new combinations or dosages to amplify the desired emotional effects. A complex creative process which also relied on the Science of Wellness platform recently launched by IFF.

Imagined by the Pierre Dinand design agency, under the direction of Vincent Thilloy, the robot-shaped glass bottle was produced by Pochet du Courval and Heinz Glas.

“We are very proud of this achievement. This was a real technical challenge, with its flat shoulders, the need to control of glass distribution to avoid brittleness in the most sensitive areas and the quality of the glass surface required for perfect tension after metallization. This was a real technical challenge due to the shape of the bottle,” said Mélina Weinmann, Business Development Director for Glass Bottles, at Pochet du Courval.

The metallization of the glass and the laser etching revealing the logo were entrusted to Solev.

The bottle is topped with a metallic finish spray cap in galvanized ABS made by VPI Faiveley Plast and SAF.

An NFC (“Near-field communication", for a contactless communication) electronic chip is integrated into the spray-cap (i.e. the robot’s head) to allow smartphone connections and full immersion in Phantom’s universe (games, playlists, etc.).

With sustainability in mind, the 150 ml bottle can be refilled, thanks to the unscrewable spray cap and Techniplast’s RT-Twist technology. 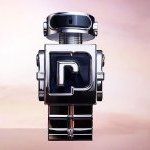 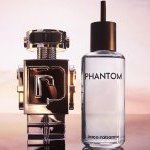 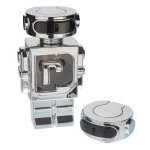 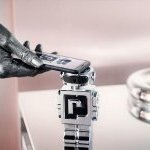 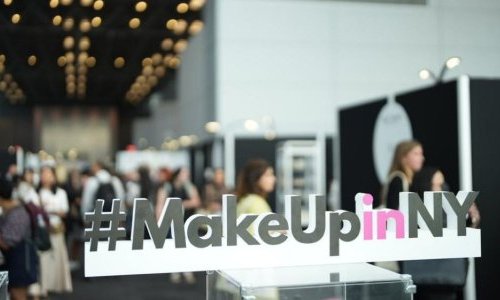 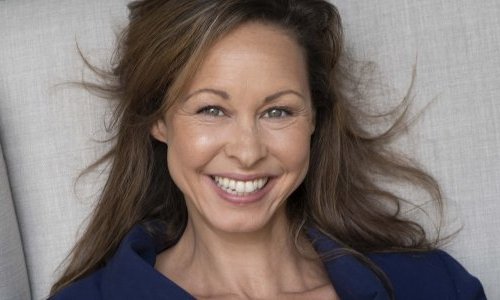 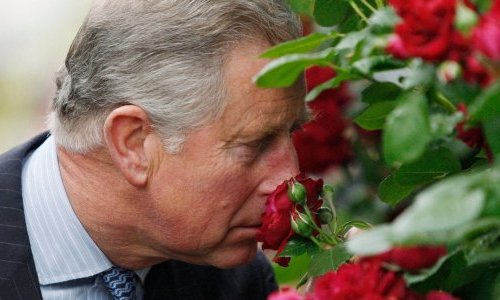 “Expanscience has been strengthening its CSR commitment for 20 years”