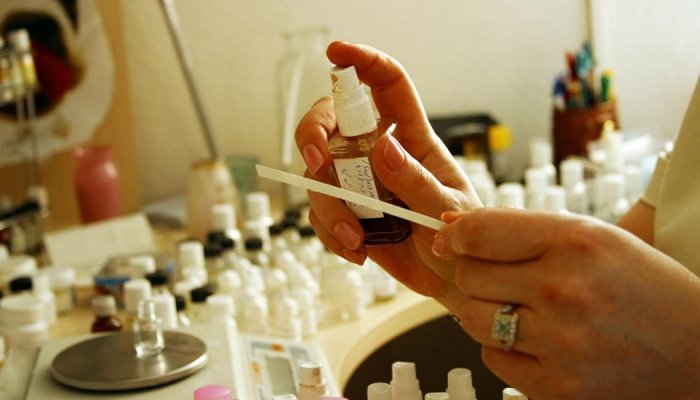 Resource depletion or increase, discontinued productions, changing IFRA regulations and directives… All this constantly redesigns the perfumer’s palette by limiting or banning the use of certain materials. For the perfumes that have become classics – those that made it through the years – reformulation has become a key practice. This real work of expert is also necessary when trying to revive an old brand or a mythical perfume. Sometimes it is even done from scratch, when the formulas are no longer available.

Reformulation is an integral part of the perfumer’s job. The main reason for it is the need to adapt fragrances to the changeable availability of raw materials. In addition to regulatory restrictions, in particular in Europe, there are “shortages of both natural and synthetic ingredients for climatic or geographic reasons, or because plants are shut down, for example,” explains Suzy Le Helley, perfumer at Symrise.

Trained at the technical reformulation division of the fragrance composition company, she gradually learned to complete the reformulation work with literature search and olfactory analyses. It is a demanding experience, in particular with old perfumes, “whose fans know all notes by heart.”

This practice can prove extremely complex with De Laire Bases, some of whose materials are now banned. For these combinations much useful to perfumers, the olfactory outcome can be very tricky to reproduce. “My greatest challenge was to rework a 1950s ‘formula à tiroirs’ comprising several De Laire Bases, i.e. almost 500 raw materials. This huge work took me over a year,” recalls the young woman.

And yet, recent perfumes, which should also be made compliant with IFRA standards, do represent a challenge. “For example, short, readable formulas created by Jean-Claude Ellena, Michel Almairac, or Maurice Roucel, in which every ingredient has its own place, require refined, very precise substitution work.” The phase of evaporation on the skin, which is essential, also requires much attention and creativity.

Reformulation of old perfumes without archives is yet another issue. The rebirth of old brands (Teo cabanel, Jovoy, Houbigant, Lubin, Le Galion, or, more recently, Marcelle Dormoy, Maison Violet, Cherigan, Bienaimé) increased this phenomenon, although some of them were able to keep their documentation.

Cinquième Sens recently tried to take up this challenge. “We had to recompose a 1930s perfume based on a sample which dated back to the 1950s, without the original formula,” explains perfumer Alice Dattée. If chromatography is a precious help, it is not enough. “The sample was old, the top notes had evaporated,” she explains.

It is a real balancing act to harmonize creative middle and back notes. This long-term work combines olfactory analyses, culture, and strategy. For once, the IFRA directives were favourable to perfumers. “With IFRA 48, the coumarin assay would not have been viable, whereas IFRA 49 helped position the perfume as a mixed fragrance to take advantage of more flexible standards.”

The most difficult with these old perfumes is to transcribe the nitrated musk effect with today’s ingredients, agree Alice Dattée and Suzy Le Helley. Indeed, another major issue has to do with the use of natural ingredients which have become very costly: it can involve reducing their dose. “Then, you need to get as close as possible to the original’s spirit, while remaining up-to-date,” analyzes Alice Dattée.

“It is almost improvisation to reformulate old perfumes which have disappeared,” confirms Patrice Revillard, of Laboratoire Maelstrom. The perfumer won the competition organized by Panouge to recreate L’Iris Gris by Jacques Fath (1947), a fragrance that has become mythical.

“It was tricky to get as close to the original version as possible, because this perfume is known based on vintage versions that have changed and macerated over time,” explains Patrice Revillard. Without the original formula, he worked on the version kept by L’Osmothèque and enriched his olfactory analysis with well-preserved vintage fragrances.

The biggest issue lied in the use of the eugenol note, which is very limited by European Directives. “That is why our formula is a little less spicy, less ‘eyelet’ than the original,” says Patrice Revillard. “Luckily, since the writing style of L’Iris Gris is quite modern, we did not have to replace notes like nitrated musks, liliales, or oak moss.”

This illusionist work consists in reinterpreting the perfume rather than technically reproducing the formula. “We were lucky enough to work with an unlimited budget, because the natural fragrances of that time have become very costly,” adds Patrice Revillard, who will soon take up the challenge of working with a more restricted budget, since Panouge aims to launch a more affordable version of L’Iris Gris.

Well, it is said that constraints stimulate creativity…