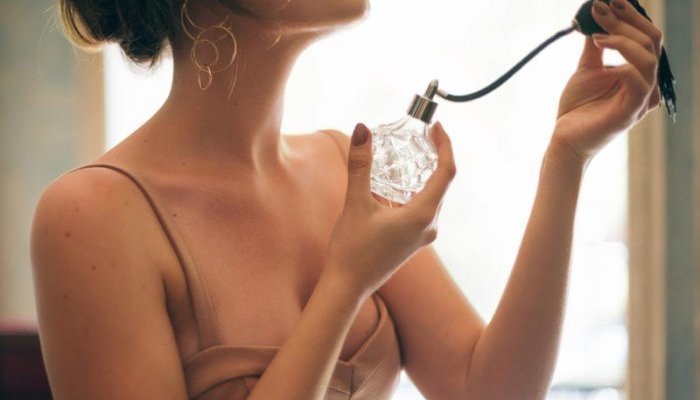 The niche perfume offering has soared over the past ten years. The number of new brands has rocketed and, although it may saturate points of sale, launches have succeeded one another, boosted by consumers’ obvious curiosity. Taking advantage of this segment’s growth, several entrepreneurs have been trying to breathe new life into old brands sunk into oblivion, banking on the singular, craft-oriented approach of this niche. Major perfume houses and luxury conglomerates are now adopting the same communication strategy.

As soon as the early 2000s, niche perfumes’ growth facilitated the return on the market of old French companies that had disappeared after the 1929 economic crisis and World War Two. Most of these beautiful sleeping brands are houses that had their hour of glory under the Ancien Régime or in the golden age of modern perfumery, before sinking or falling into oblivion after the Roaring Twenties. At the dawn of the third millennium, a few entrepreneurs managed to give them a new lease of life by joining the search for rarity and craftsmanship – either real or mythologized.

Among others, this trend lives on a need for roots and legitimacy which the history of an old house actually meets, analyzes Diane Thalheimer, expert in perfumes and founder of consulting agency Red Berry. “It is easier to launch a brand with a base than starting from scratch.” On the other hand, the retro movement is on a roll, conveying a reassuring message. However, to be successful, the marketing arguments and olfactory experience should be consistent. “Santa Maria Novella is a perfect example of this: the design and perfumes ideally embrace the DNA of this old Italian house from Florence” – the creations are signed by great names and the style is polished, in line with the brand’s spirit.

No doubt the Lubin house, a pioneer of this movement, is now one of the most acknowledged. Its creator, Pierre-François Lubin, became the Perfumer of the French Royal Court in 1815, and it did well until the war’s aftermath. In 2003, as the brand was about to disappear, Gilles Thévenin purchased it from Mülhens. And if it slowly took off again starting from 2005, since then, the brand has definitely broadened its range with re-releases and new launches. It has also opened its own store in the quarter of Saint-Germain-des-Prés, in Paris.

There is also Teo Cabanel, a small perfume house born at the dawn of modern perfumery – and a favourite of the Duchess of Windsor’s in the 1930s. Fallen into abeyance during the 20th century, it rose from its ashes in 2005. Today, the brand counts more than ten references with rich, sophisticated formulas. Another icon of the genre, Houbigant, the renowned house that lived through the French Revolution, saw its prestige fade after WWII and started declining in the 1980s. Reborn in the 2000s, it settled in several prestigious addresses of the niche, collaborating with famous perfumers, like Jean-Claude Ellena.

The opening of points of sale specialized in perfumery intensified this phenomenon, as it offered companies more visibility: the revival of iconic 1920s brand Jovoy by François Hénin was followed by the inauguration of a luxurious store for the public to (re)discover old houses, like Isabey, Lubin, Maison d’Orsay, or Le Galion, a house founded in 1936 that met success thanks to Paul Vacher, Miss Dior’s legendary perfumer, and resurrected by Nicolas Chabaud in 2014. These brands open out more easily in this ideal environment than a department store, where niche and selective brands are mixed.

The situation is much different for young arrivals: there are limited places in physical points of sale. In addition, old houses also count among the brands that most radically implement the codes of modernity, massively turning to digital networks for both communication and distribution.

For example, when three young graduates of the French École Supérieure du Parfum decided to breathe new life into Violet, with the help of perfumer Nathalie Lorson, they quickly chose to mix the traditional channel with online selling. Plus, their collection covers different genres combining inspirations from old formulas revisited with a palette of current ingredients and, more recently, limited editions with a modern style launched through crowdfunding.

The same goes for Marcelle Dormoy, a house whose history was written in the early 1920s. Created by an independent dressmaker whose creations included perfumes, the brand disappeared in the aftermath of the war, unable to find any rescuer. It was eventually brought out of oblivion by Louise du Bessey, who was seduced by the creator’s avant-garde feminism. She revived the brand with three new fragrances signed by Karine Chevalier. From the very beginning, Louise du Bessey banked on the digital channel, where “small brands enjoy more proximity with the public”. She also made this choice because she noticed “a deceleration of traditional distribution: Millennials no longer identify with it, and stores are ill-adapted to small brands.”

If online selling made new concepts successful, like Sillages Paris, which was entirely designed for this particular distribution channel, it may seem a bit bold for brands that capitalize on their old roots. And yet, paradoxically, it may be less risky for them than traditional distribution, in particular due to the better margin it can offer. According to Louise du Bessey, the idea is to “offer qualitative perfumes for an affordable price”. In addition, the social media game actually gives small players more chances than traditional channels.

Rarity, beautiful materials, the search for meaning, originality, and alternative distribution are the main drivers for these brands’ revival, as they pick up elements from their heritages to enhance their creations and storytelling, while using modern tools.