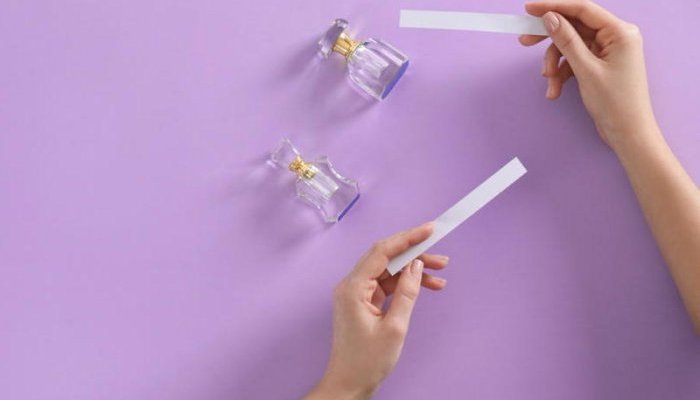 Are the great classics of perfumery the ones that are said to stand the test of time? Faced with the European legislation banning the use of more and more ingredients on the pretext of allergens or irritation risks, or the growing difficulty in obtaining certain natural materials, perfumers must now review certain formulas of emblematic fragrances. Reformulation is a creative exercise in its own right, and can take anywhere from a few trials to several months or even several years, explains Suzy Le Helley, perfumer at Symrise.

What are the reasons why brands are forced to reformulate some of their fragrances ?

Suzy Le Helley - It is mainly for regulatory reasons. The major groups follow the IFRA (International Fragrance Association) guidelines, which are regularly amended. In fact, we are in the midst of a transition from IFRA 48 to 49. Thanks to the data scientists of the RIFM (Research Institute of Fragrance Materials), IFRA publishes standards to limit or prohibit raw materials in fragrances in order to guarantee consumer safety. The best known examples are the restrictions of allergens such as Citral, which is found in many naturals including ginger, lemongrass and of course lemon. More recently, Lilial has been banned.

It is difficult to substitute this ingredient because the molecule is very e¥ective. New allergens are regularly discovered and the list evolves, as do the restrictions and the fragrance formulas containing them. IFRA also bans raw materials. For example, at one time perfumers could use .g leaf absolute, but it is now banned because it is phototoxic.

Other reasons are taken into account as well. Reformulation also happens when we observe shortages of certain ingredients. Suppliers can stop selling old bases, or sometimes nature is capricious with natural ingredients, especially because of change climate. Unforeseen events can occur and a¥ect the chemical industries, making supplies sometimes vulnérable. The majority of factors are beyond the control of perfumers.

How is reformulating a fragrance another form of creativity ?

Suzy Le Helley - Reformulation is much more di§cult than it seems, to the point of becoming an integral part of the perfumer’s job. We are often asked to alter a fragrance slightly, make a fragrance more floral, more diffusive, creamier. In the case of reformulation, we have to do the same thing. We have to change the fragrance without really changing it, without losing its character, because some consumers have been buying a perfume for such a long that they know it by heart. So the challenge is to figure out how to change without changing.

To perfect the exercise, the perfumer must know his or her entire palette and sometimes use surprising combinations to recreate the smell and effect of certain materials during evaporation. You have to be creative to create an illusion, and be very meticulous in the way you work. It’s an exercise that takes time in order to be done well. This pushes the perfumer to surpass him or herself, and to expand his or her palette with an equally important level of mastery.

Suzy Le Helley - Reformulation is a godsend for captive synthetics because it offers an additional opportunity to use them. In recent years, the industry has seen the introduction of many lily of the valley-smelling materials. Companies’ strategies were clearly oriented towards the substitution of Lyral and Lilial to offer perfumers a new replacement tool. At Symrise, we have succeeded in developing Lilybelle®, a captive derived from green chemistry and obtained through the recycling of orange peels from the juice industry.

Is it necessary to be transparent to the consumer when a fragrance is reformulated ?

Suzy Le Helley - I’m all for education and transparency in general, but it’s a difficult question. I think it’s up to the brands to get the message across and I know this is tricky. Many people don’t like change, and I’m sure each of us would prefer to continue wearing a fragrance that maintains the original formula we’ve loved from the beginning.

Maintaining this olfactory heritage is an important issue, and it is fascinating to find fragrances today that still have several decades ahead of them. 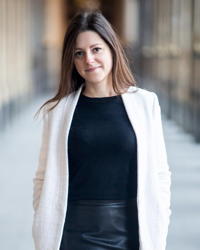 Suzy Le Helley is a Fine Fragrances perfumer at Symrise.

She studied at ISIPCA, France’s main graduate school for would be perfumers, before spending a few years in Symrise’s internal perfume school in Holzminden, Germany. When back to Paris she worked in the reformulation of perfumes and in the search for new natural ingredients.

Her bio in five key dates:

2001 At 10, her favorite game is "guess what’s on your plate", progressively switching from the visual sense, to the taste and olfaction!

2008 In high school, she decided to become a professional perfumer.

2012 She joined ISIPCA and worked alternately as a fragrance evaluator at Mane for two years.

2014 She entered the Symrise perfume school in Holzminden, Germany: 4 years of creative and very technical learning

2018 She joined Symrise Paris and worked on regulatory reformulation, the development of Philyra (IA) and natural raw materials.