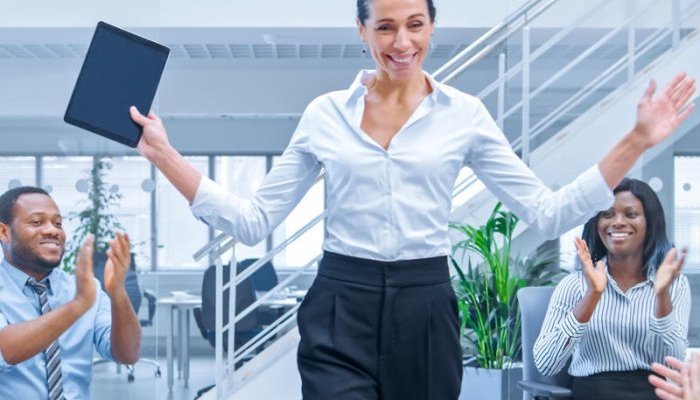 Although the market is mostly dedicated to them, although they represent the better part of the industry’s companies’ staff, and although they are icons for many brands, not many women have made it as a CEO in the cosmetics sector in France. And the evidence is even more overwhelming for suppliers. Is it by choice? Is it a lack of confidence? A lack of respect? Premium Beauty News asked a few of them.

Just like in the fashion world, the beauty sector is embodied by women’s faces [1]. Estée Lauder, Helena Rubinstein, Aliza Jabbès, Anick Goutal, Bobbi Brown, Huda Kattann, Rihanna, and many others... Women make decisions and drive trends for many brands. And yet, just like in the fashion world, the industrial part of the chain does not offer this equality. “The beauty world is singular. There are many women, but when you have a look at the top of the pyramid, things are definitely not the same. Women are the bees,” explains Aïmara Coupet, Expert Marketing and Product Development Consultant and founder of the Be+Radiance brand. “At my level, I do not feel it is a handicap. But when I put forward my male shareholders, I do feel it has a reassuring impact. When it comes to managing, a woman does not reassure as much as a man,” she says.

Other leaders qualify these observations. “There is actually no equality. In terms of number of Directors, wage gap, mental load... we are not equal,” observes Cosmogen CEO Priscille Caucé. “However, it is an extremely open world, even in industrial companies. It is true that Directors are mostly men, but women and diversity are promoted. It is not a narrow-minded or misogynous world, it is just still very masculine,” she explains.

Co-President of Livcer Aude de Livonnière shares the same opinion: “I do not feel I had more difficulties than a man during my career. I am not sure there is a glass ceiling.” The same goes for Isabelle Guyomarch, company Director, President of the CCI Productions Group, and founder of the Ozalys/Cancer Survivor laboratory: “I do not think we can say it is more difficult for a woman. I mean, if you can do what they do, you can do it,” she says, broadening the issue to the position of Director.

Between convictions and sacrifices

“Being a company Director usually means working twelve hours a day, plus weekends, sacrificing your private and family life, being able to get away, etc. That is how you build up your career. And what is difficult for a woman is to make all these sacrifices: it is both unnatural and tricky from a societal standpoint, and it is not true for men. Careers and responsibilities are demanding, in terms of time, abnegation, and concerns. You need to be able to handle it all,” adds Isabelle Guyomarch.

In an industrial system historically created and directed by men, women still have to make sacrifices they are not necessarily ready to make. And yet, as generations get more flexible with equity, the entrepreneurial model is gradually changing.

Still, there is this notion of genre preferences. “I think the industrial world is not appealing at once for women. They tend to prefer creative trades. Things do change, but the pool of women is much less significant than that of men, because women do not go there because they like it,” believes Aude de Livonnière. “What women want to head an industrial company? That is an interesting question,” confirms Priscille Caucé. In addition, here, like anywhere else, women are allegedly the first victims of their own lack of self-confidence. “To advance the cause, generally speaking, there is action to take on both sides. Men should promote change, and women should dare,” says Priscille Caucé. “Usually, men sell themselves better than women. They dare, they think they are legitimate right from the beginning. On the contrary, women tend to have doubts, to feel they need to prove themselves before they can dare ask for something. It can be a real brake on a career,” says the Director of Livcer.

Parity at all costs?

In unison, they confirm that to evolve, the cosmetics industry has everything to gain from a more feminine managerial environment. “Women have this ability to deal with their femininity and maternity, which makes them adopt a different managerial method as a leader – they are often more caring. Barack Obama said that if every State were managed for ten years by a woman, societies would truly change,” says Isabelle Guyomarch, founder – among others – of Ozalys, a dermocosmetics brand dedicated to women with breast cancer.

And yet, imposed quotas should not prevail over skill recognition. “It is a risk when it comes to equity. Things can be turned the other way around: sometimes we do not pay enough attention to merit. For example, when Sue Y. Nabi was appointed as the Head of Coty, it was not to make a buzz, as was often said, but because her great skills were acknowledged,” claims Aïmara Coupet. “Parity in board of directors triggered a wave in major companies. It is necessary to have constraints, because things change very slowly. But I do not want a woman’s professional success to be related to an enacted law, it should be due to her abilities and skills,” explains Priscille Caucé.

Obviously, the French beauty industry has not really reached diversity yet. “Some people want to, but it is not done yet,” according to Aïmara Coupet. “People wish progress was made, but we are not there yet,” observes Isabelle Guyomarch. “There are reasons to be optimistic, but there is still a long way to go,” says Priscille Caucé. “It is all pretty stereotyped, still,” according to Aude de Livonnière.

Without pointing at other responsible factors than the industry’s codes and anchored mentalities on both sides, the leaders we interviewed do wish the situation would change more quickly. But what do men think?

[1] For another view on the relations between the cosmetics industry and women, also read our interview with Mona Chollet on the occasion of the publication of Beauté fatale in 2012.