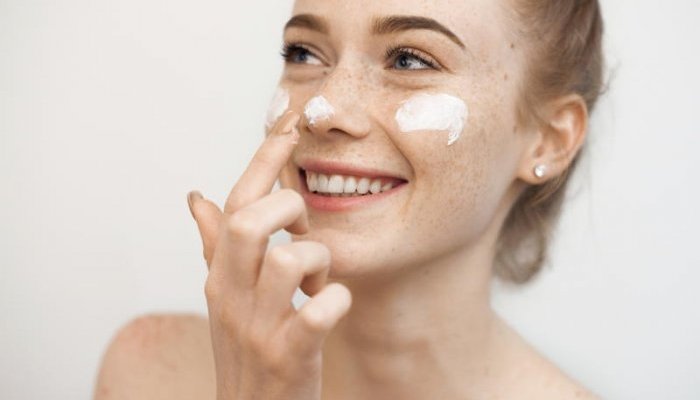 Statistics show that Clean Beauty, self-defined as products with formulas free from any controversial ingredient showcased in more environmentally friendly packaging, has already imposed itself as a staple for a large part of consumers helped by countless label-deciphering applications. This thirst for reassuring concepts, both in style and content, has flooded on the hygiene and skincare segments, but also gradually in the makeup and all other beauty categories. As it is rising with a broadening offering, this wave is laying the foundations for a new era marked by the sanitary crisis.

Awareness of the need to develop the notion of clean beauty emerged in the United States as a response to a regulatory gap in cosmetics formulation. Then, it soon reached European markets, although the latter were already subject to more restrictive regulations. Who triggered this phenomenon? Increasingly watchful consumers who paid attention to what they purchased and had lost confidence in brands.

According to a recent study conducted by Kantar Worldpanel, in late 2019, 44% of French people said they paid attention to the composition of hygiene-beauty products, compared to less than 40% in late 2012. As for confidence, out of an average of 88 brands continuously followed up over several years, it declined from 32% to 27% between 2013 and 2019. “Consumers are watchful and statistics prove it,” confirms Anaïs Dupuy, Business Development Manager at Kantar.

These statistics include evaluation applications, which have been increasingly seducing the public since they appeared. 5.1 million consumers scanned the composition of hygiene-beauty products in September 2019. Meanwhile, small brands boomed to become part of the biggest new customer recruiters: DIY, bulk products… But most of all, this is due to the constant progress made by organic and natural cosmetics which, in 2019, still represented 8.6% of hygiene-beauty volumes, i.e. 3.4 points more than in 2015.

“If, in early 2020, the hygiene-beauty market started slowing down with a weaker growth rate and a decline in the average basket value, organic and natural cosmetics resisted and kept recruiting new shoppers,” adds Anaïs Dupuy. Last May, almost 60% of French people said they had purchased organic/natural hygiene-beauty products at least once over the previous 12 months, while they were only 52% in early 2019.

Cosmetics viewed as clean have obviously become a growth driver on this market, and no doubt the new post-COVID era will strengthen this phenomenon. “Clean beauty was born out of a health concern and a will to create non-toxic cosmetics – whether synthetic or natural – free from any suspicious ingredients. The sanitary crisis intensifies this will,” claims Candice Colin, creator of the Clean Beauty application and of Beautylitic, and founder of Officinea, the organic, natural, endocrine disruptor-free cosmetics brand.

“As a consequence, we noticed the situation has changed in sectors which had not made progress yet. I think the main clean beauty triggering factor in this COVID period is luxury, whereas the two concepts were still recently opposed. Luxury brands have been making significant modifications to their formulas, because they can no longer overlook this phenomenon: clean beauty does not question efficacy. There is no reason why there would be an offering in supermarkets and not in the luxury segment,” adds Candice Colin. Pascale Brousse, founder of the Trendsourcing agency, shares the same opinion. “Luxury was still standing apart a few months ago, but they no longer have a choice. Who will buy a EUR 150 cream if the composition is not in line with the excellence they highlight?” she asks.

As a matter of fact, categories like makeup and haircare, and even hair colouration, in the luxury segment, have been innovating and multiplying launches, as can be seen with the Le Rouge Français and La Bouche Rouge lipsticks, Kure Bazaar nail polish, and very recently, the new Respect hair care range by high-end hairdresser David Lucas.

From the smallest brands to giant groups, the prospects related to more conscious beauty are much positive for the future.

In addition, the lack of any legal and official definition of clean beauty makes it possible to adopt all sorts of approaches: clean, organic, natural formulas; ecodesigned, refillable packaging; bulk, solid, powder products… Anything is possible to make clean cosmetics progress. New players are emerging, and those that had adopted it right from the beginning go even farther. We cannot but be delighted.