Pascual Cosmétiques, a Paris-based cosmetics subcontractor, settled in a new plant in early May in Marne-La-Vallée, in the Eastern suburbs of the capital, along the A4 highway. The company is also investing in the acquisition of new conditioning lines with a view to double their turnover over the next three years and eventually achieve an external growth operation.

Simon Pascual, the company’s General Manager, has invested 12 million euros in the acquisition and fitting-out of a 20,000 m2 plant, including 5,000 m2 dedicated to the Pascual Cosmétiques activity (compared to 1,900 m2 for the former site), with a much larger R&D laboratory, a production area well-proportioned to integrate several new lines, and a storage area with a total capacity of 1,800 palettes. The 15,000 m2 remaining are rented to other companies.

As soon as late August 2017, the subcontractor will inaugurate a new lipstick line with flexible moulds on this site, for a new production capacity of 1.8 million items per month, compared to 1 million right now. In the course of the year, a filling line for flexible tubes will complete the production tool.

Pascual Cosmétiques mainly develops, manufactures and conditions makeup products – lipsticks, blushes, eye shadows, blushers, nail varnish, and creams in jars – except for powders and pencils. The company works for many major French and global brands. Their turnover has increased threefold over the past three years (4.8 million euros in 2016, compared to 1.6 million in 2014), and the management has banked on a 25 to 35% growth in 2017.

To keep up with this growth, beyond their investments in new premises and equipment, Pascual Cosmétiques is about to proceed to new recruitments, both for production and technical positions, in particular in R&D, or reps functions. In the long run, the company does not exclude carrying out an external growth operation, in France or abroad, preferably with a player equipped with a powder division.

In addition, the company will showcase their latest innovations at the MakeUp in Paris show, which will be held at the Carrousel du Louvre in Paris on June 22-23, 2017. It will be an opportunity to discover Cream to Powder Lips, a lipstick whose creamy texture when it is applied on the skin instantaneously turns into a silky powder to lay down a light coloured touch on the lips, without any material sensation. In fact, this innovation was selected by the MakeUp in Paris innovation jury to be part of the Innovation Tree, where the best innovations developed by the show’s exhibitors are showcased every year. Also on the agenda, Color Illusion Lipstick, a range with ultra-modern colours that slide on the lips to create a soft, satin-like film with clearly wiser colours, from tender pink to intense plum.

Now, that is a company to keep an eye on! 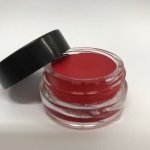 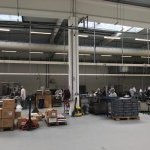