The world’s leading flavour and fragrance company has invested CHF 2.9 million (about EUR 2.55 million or 2.9 million dollars) in a new commercial and development centre, which has just opened its doors in Jakarta, Indonesia.

The new 2,600 square metres commercial and development centre will enable both the Flavours and Fragrances divisions of the Swiss-based company to serve customers across a wide range of markets: food, beverages and fine fragrances, personal care products, etc.

“Our new state-of-the-art centre in Jakarta is another example of our 2020 strategy to invest in high growth markets. It will enable us to build closer partnerships with our customers, deliver stronger collaboration on flavour, taste and fragrance concept development and a faster response to the needs of the Indonesian market,” said Givaudan’s Chief Executive Officer, Gilles Andrier.

During the opening ceremony, Givaudan pledged financial support to the tsunami relief efforts as part of its ongoing commitment to the local community.

Givaudan has been present in Indonesia since 1993. In addition to the new centre in Jakarta, the company operates a production site in Cimanggis (province of West Java). Givaudan employs a total of approximately 300 people in Indonesia. 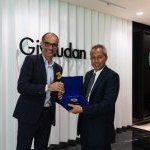 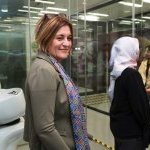