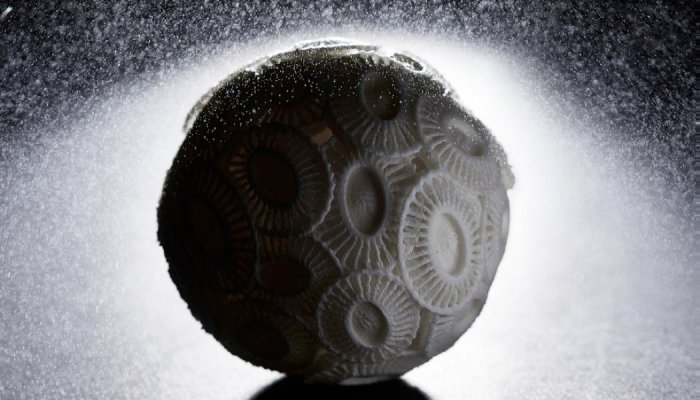 This alga is able to protect itself by building a calcite armour (called coccolith) through the absorption of huge quantities of atmospheric carbon. This is why it is commonly referred to as “a green lung for the planet”. Each year, ocean plankton absorbs 2 billion tonnes of CO2.

This ultra-resistant micro-alga has the particularity of having 15% of its genome dedicated to resistance to stress, and is therefore of high interest for the skin.

Inspired and extracted from Emiliania huxleyi, Codif’s Idaskin concentrates the properties of 50,000 algal cells in a single drop. According to Codif TN, this active ingredient boosts the skin’s resilience to the stress caused by environmental factors (exposome) and improves cell vitality, for a fresh and revitalized complexion.

This water soluble ingredient is to be used at 1% in anti-pollution mists and daily creams.

Actually, samples of Emiliania huxleyi were collected near Étretat cliffs, in Normandy, France. The samples were then grown in France, in bioreactors using the Bioth-Ecology technology from Codif TN.

Idaskin PDO- CH, which is China compliant (INCI: Sea water (and) Propanediol (and) Arginine (and) Lysine)

Idaskin PDO, which is not China compliant (INCI: Sea water (and) Propanediol (and) Emiliania huxleyi extract)

Both versions are COSMOS approved.