By combining iconic brands such as Avon, Natura, The Body Shop and Aesop, the new entity will be an unparalleled leader in the Direct-to-Consumer business, bringing beauty to over 200 million consumers across the world through multiple channels. With over 6.3 million consultants and representatives Natura &Co will hold leading positions in relationship selling, on and offline, through both Avon and Natura. The group will also have a strong position in retail with more than 3,000 stores.

The new entity will feature four business units based on the Group’s strategic priorities at this stage: Natura &Co Latin America, Avon (excluding Latin America), The Body Shop, and Aesop.

Roberto Marques, who became Executive Chairman of the Board of Directors of Natura &Co in 2017, will also serve as Group Chief Executive Officer. The new management team is made up of:

João Paulo Ferreira, assuming the role of CEO Latin America of Natura &Co. Mr Ferreira successfully led Natura’s revitalisation of its direct selling model since becoming CEO in October 2016, energising the new commercial model and digitalisation. He had previously been Vice-President Operations and Logistics and Vice-President Commercial at Natura after a long career at Unilever.

Angela Cretu, CEO of Avon, responsible for the business outside of Latin America and for the oversight of the Avon brand globally.

David Boynton, who remains CEO of The Body Shop, continuing driving the transformation and brand revitalisation.

Michael O’Keeffe, CEO of Aesop since 2003 and one of the founders of the brand, who also remains in his current position.

Natura &Co announced the acquisition of Avon last May and obtained the required regulatory approvals in November. The combined company will have an annual gross revenues of over US$10 billion, more than 40,000 employees, and a global footprint in over 100 countries. 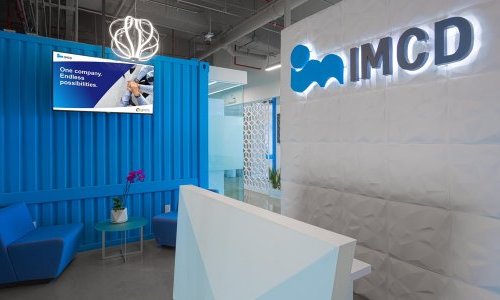