Beauteam, the company organizing MakeUp in Paris and MakeUp in NewYork, has just announced the launch of a new event dedicated to the exclusive sector of make-up will in 2013 in Sao Paulo, Brazil.

“With its 200 million inhabitants, including more than 100 million women, the USD 17.2 billion in sales recorded by its perfume and cosmetic industry and with a growth rate ranging between 12% and 15% each year, Brazil is certainly one of the most dynamic market in the world regarding the cosmetic segment,” said the company in a release.

“With the sectors of perfumery and skin care, all professionals agree to say that it is the make-up segment that is expected to soar the most rapidly over the next decade.”

In Brazil, as in many other countries, sales in the nail polish segment are just skyrocketing. Due to the huge size of the Brazilian market, the boom leads to impressive numbers. Thus Beauteam announces some 70 million bottles of nail polish sold in just one month, before the last summer holidays.

“But not just their nails. The face, the eyes, the lips are central to the strategy of Brazilian brands. As proof of this, the latest initiative of the O’Boticario group with its new brand Eudora, launched just last year and where make-up is a central element of the brand’s positioning which is very focused on assertiveness and sensuality.”

The dates and exact location of MakeUp in SaoPaulo should be announced shortly. 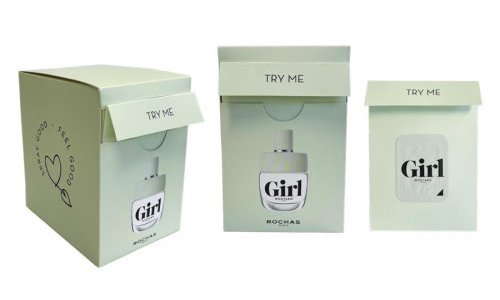