Usage of in-home hair colourants is soaring among Britain’s star-struck young males, as they take inspiration from celebrities and social media personalities. According to the latest research from Mintel, the number of 16-24-year-old men using hair colourants has grown from 38% in 2018 to a colourful 46% in 2019 [1].

Celebrities and social media personalities seem to play a significant part in the choice of hair colours by young British males: one in five (19%) male in-home colour users say they took inspiration from social media personalities for their latest hair colour choice, while a further 14% drew inspiration from celebrities/models. This compares to the mere 7% of female users who say the same. Showing their adventurous side, just a quarter (25%) of men used the same colour they have always used when they last dyed their hair.

While Britain’s young men are experimenting with their locks, it seems the nation’s more mature ladies are going ’au naturel’ as usage of at-home colourants among women aged 65 and over reduced from 36% in 2018 to just 27% in 2019.

“At the other end of the age-scale, dissatisfaction with the anti-ageing rhetoric has meant fewer older women are now using colourants, instead, accepting their naturally grey hair. This movement gained momentum in the summer of 2017 when Allure magazine announced it would no longer use the term ‘anti-aging’. Since then, a number of celebrities have spoken out about embracing ageing including Salma Hayek, Helen Mirren and Daniel Craig," added Alex Fisher.

Actually, overall sales of in-home colourants are far from bright. According to the figures revealed by Mintel, the hair colourants market declined in value by 2% falling to £311 million in 2018. The market value of semi-permanent colour grew by 1% from 2017-18 to reach £13.2 million, while permanent colour fell by 2% to £218 million.

Natural versus vibrant continues to be an issue as seven in ten (71%) adults think hair colourant brands should use natural ingredients wherever possible, while half (27%) think a vibrant result is important, rising to 43% of 16-24 year olds.

“The growth of temporary colour has not outweighed the decline of permanent colourants. The trend towards ageing naturally means permanent colourants must seek a new heartland, while younger consumers’ expectations for exciting and changeable looks give brands the opportunity to become the experts of at-home techniques. Beauty brands are moving towards natural ingredients to replace chemicals that cause concern for their users. However, in a category that relies on end colour result to create consumer satisfaction, formulation is important and can be difficult to change without affecting efficacy. While semi-permanent dyes can seem less damaging, many consumers are bleaching their hair underneath to get these vibrant results, causing a lot of damage by itself. Many colourants brands are incorporating natural claims where possible, without interfering with the basic chemical reactions that create the vibrant results people want,” concluded Alex Fisher. 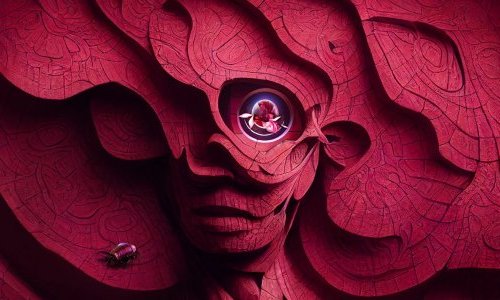