“We want to remain at the cutting edge of innovation,” Jeff Chen, CEO, HCP Packaging

HCP Packaging, the Chinese company specializing in packaging design, development and manufacture for the cosmetics, toiletries, skin care and fragrance industries, invested more than USD 100 million in little less than 15 years. The company carries on strengthening its production tool and its interest in the European market is growing bigger every day.

HCP’s CEO, Jeff Chen is a perfect epitome of the entrepreneur. Jeff Chen is at the head of one of the leading Chinese companies, if not the leading one, designing, engineering, and manufacturing packaging for products such as lipgloss, lipsticks, compacts, mascaras, blushers. They can offer a range of services and processes that include injection molding, extrusion blow molding, metallization, etc. Within less than 15 years he invested more than USD 100 million in the refurbishment or the building of its current four manufacturing units: three in China and the other-one in the United States.

HCP’s turnover should exceed USD 134 million this year. The group’s fourth manufacturing unit was recently inaugurated in Huai’an and covers 20,000 sqm over a 175,000 sqm field. The factory already displays impressive credentials: 36 electric injection machines were operating on the opening day and the manufacturing process, which is entirely automated, features online finishing (hot stamping and serigraphy). Seventy two additional injection machines will be installed progressively in 2009, along with polishing and metallization lines.

Today’s outcome is impressive for this company originally formed in Taiwan, in 1960, which moved to mainland China, in 1995, opening a manufacturing plant in Guangzhou, Southern China. This facility was replaced by the opening of the current Suzhou manufacturing facility. In 2004, HCP Packaging acquired BMG (Bridgeport Metal Goods), a US company located in Hinsdale, New Hampshire, adding mascara and lip gloss manufacturing capability and brush technology to its portfolio. Then HCP Packaging further expanded its global sales and development support structure targeting the European market with the opening of offices in Paris in 2004 and in London in 2005. In parallel, the company carried on investing on its production tools in China and opened its Shanghai factory in 2006.

In 2004, HCP packaging achieved a sales revenue of “USD 54 million only”… It is forecasted to be around USD 164 million in 2009. The largest portion of this growth has occurred in the US and European markets.

So, what is Jeff Chen’s recipe for success? “The most important is not the production tool, but the men. And also the strategy, which has always been: to stand out from the mass of simple transformers of plastic parts. We do want to be and to stay at the cutting edge of innovation. As far as the technology is concerned, we want to be world class manufacturers. The best illustration of our will are the latest mascara we made for MAC, or our new coloured flocks for lip glosses, or our research efforts to transform PLA and supply environmentally friendly products to the market,” Jeff Chen explains.

“Regarding the women and the men working for HCP, they are essential,” Jeff Chen insists. By the way, the group’s board includes an American, Steve Levine, a French man, Eric Firmin, and an English woman, Jackie Mantle. Globally explicit, isn’t it? 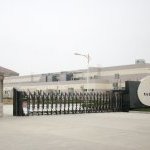 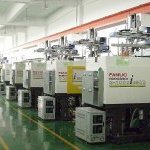