Tre Effe to invest EUR 3 million in a new plant

The Italian company Tre Effe specializing in the creation and production of make-up formulas has planned to move into a new factory of 4000 m2 located near its current site in Nova Milanese near Milan.

Tre Effe, a company that does not get itself much talked about is led by the Ferracini family, (the father, Gianni and his daughters, Federica and Francesca). The company was created in 1995 and it can boast a steady and consistent growth in the segment of make-up products. With a commercial foothold in Europe but also the United States, the Middle East and Russia, the company will achieve this year a turnover of 7 million euros for a total staff of 30 people.

Excellent results that allow the company to invest significantly for 2017, a year during which it will move into a 4000 m2 building located in the same area as the current 1000 m2 plant.

Three million euros will have been invested in the operation, part of which also serving to increase the bulk production capacity.

"To note, emphasises Alistair Beavan, General Manager, that Tre Effe produces mainly powders (75% of the production, that is, about 700 kilos per day), including baked powders, but also lipsticks, mascaras and eyeliners (total capacity: 2,500 pcs/h)." 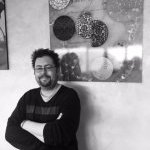 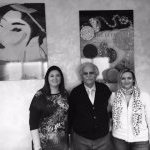 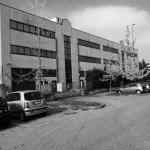