"A success story the American way!" The words come directly from Patrick Thibiant, President and CEO of Thibiant International. And, indeed, there is a lot to be proud of! The company, which settled in nearly 330,000 sq ft (31 000 m²) of buildings a good hour’s drive from Los Angeles, achieved last year USD 120 million in sales, employs nearly 600 people, creates every year between 400 and 500 new cosmetic formulas and performs conditioning operations for most major cosmetic brands in the US. Thibiant International has become, in just twenty years, one of the largest American full service companies. Welcome to Chatsworth!

The "Thibiant" is a family first of all! In 1970, Aida Thibiant and her husband, Michel, decide to leave France to settle on the West Coast of the United States. A fresh start from scratch, him with a background in buildings and construction, her with her degree as a beautician. Aida Thibiant quickly finds a job in a hair salon. She is talented and has a lot of interpersonal skills. She soon attracts the sympathy and friendship of many personalities, especially from Showbiz.

In 1973, Aida Thibiant opens her own beauty salon in Los Angeles, in the city’s most mythical area, Beverly Hills, by offering in the beginning, the full range of products from the French brand Guinot. The development is such that in 1976 the father and the son, Patrick, in turn get fully involved in the business which takes the name of Francosmétique. They take this opportunity to recover the rights to sell the Guinot products throughout the United States but also start developing their own products under the brand Thibiant Beverly Hills.

"My mother and myself had very specific ideas about the kind of cosmetics we wanted to develop," explains Patrick Thibiant. Ideas that focused more specifically "naturalness". A first generation of these products appear on the market in the first months of 1980. And it’s a complete success! Some more lines see the light, and in 1988, it’s a further boost... through direct selling on television. "At the time, emphasizes Patrick Thibiant, we thought with my mother...why not have a go at it!" Especially since the use of this new marketing method suits the development of a new generation of products. Within months, sales explode! "With television, we achieve up to US$50 million in retail sales each year," details Patrick Thibiant. “We had to develop the business and give ourselves the necessary industrial means.” Especially since the good reputation of the Thibiants in the formulation area generated in parallel some requests from large cosmetics brands to perform some subcontracting.

In 1990, the first contract is signed with Bath and Body Works.

From this date on, the future of Thibiant International will be increasingly associated with subcontracting. In 1995 the company employs 60 people and has a turnover of USD 15 millions. That same year the family business settles in its first building in an industrial area of Chatsworth. Three years later, the decision it taken to acquire a second building, then a third one in 2001. Today, Thibiant International comprises no less than five buildings with a total area of almost 330,000 sq ft (31 000 m²). Meanwhile, in 2008, the mythical brand Thibiant Beverly Hills who helped put the group on tracks is sold.

Patrick Thibiant who has been holding the reins of the company for the past ten years focuses his strategy around a strong concept which is summarized in six words: "Innovation, Personal Care, Development and Manufacturing." Masks, creams, products for acne, shampoos, foundations... the range is huge. "Above all, we are formula creators," insists Patrick Thibiant, proud of his laboratory at the cutting edge in terms of equipments and which has 25 full time employees.

New formulas but new presentations too. "We are the ones behind the new patented filling system, explains Patrick Thibiant, which make possible the conditioning of different formulas which only mix together at the time of use." And in addition, you can see it happen from the outside! A filling technique that enables to achieve amazing geometric effects with the different layers of products. "It took ten years of development!" points out Patrick Thibiant.

And the future? "It can only be tonic for us," says Patrick Thibiant. "Subcontracting is a fundamental trend in the U.S., which is not ready to disappear. And some other cosmetic sectors are within our reach and just waiting to grow." 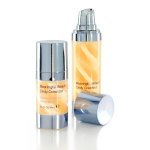 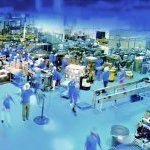 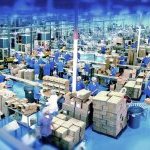