The pro-aging movement: the beauty of being old

Forget all about anti-aging products and the search for the “source of eternal youth,” now the trend is showing off your real age. This is the new revolution in the personal care market; the pro-aging idea.

According to Marcia Newman, author of the book Five Gifts of Pro-aging, this “grey-roots” movement consists of women that celebrate their natural “shades of grey, silver or white.” This idea has found an important support online with several blogs, some of them defending the beauty of this silver age. Similarly, Hollywood is showing support: actress Jamie Lee Curtis wrote a piece for the Huffington Post criticizing the concept of “anti” for aging, and Cindy Joseph, a make-up artist and model, has released “the first pro-age cosmetic line” under the Boom brand.

This self-expression of the real age is perceived as another step for women’s liberation; it proposes to free women from the “slavery” of total perfection and the ideal concept of beauty, which condemn women to look always as in their 20s.

With this new perception, all traditional anti-aging or anti-wrinkles claims are becoming outdated. Beauty companies are aware of all the potential of this “silver segment,” however, are they approaching them in the correct way? What are the real possibilities for this audience?

According to the United Nations, the proportion of persons aged 60 and over will reach two billion by 2050, many of them in developed countries. Additionally the proportion of older people living in less developed areas will increase from the current 64% to 80% by 2050. With this big consumer base, the forecasts for the anti-aging market are very optimistic. In Europe there is an expected growth in the anti-aging facial care market of 13% for the interval 2014-18, in America of 15%, and interestingly in Africa & Middle East of 28%. But Asia-Pacific wins the first prize with an expected growth of 40% for the same time period.

To extract the full potential of this segment, beauty companies need to find the correct way to attract silver consumers, starting answering a simple question: what do they want at this stage of life?

The philosophy of the “pro-aging” movement seeks to remove all “anti” claims because, according to this concept, women over 50s are not interested in looking younger; they want to look healthy and be honest about their age. This is represented in the mentioned Boom line of beauty products that adopts a different language: cosmetics customize their colour according to the skin tone rather than cover wrinkles; and moisturizers protect and heal instead of providing a lifting effect.

This new approach has already been noticed by some beauty brands, which are bridging the gap providing positive claims rather than using “anti-xxx” messages. This is the case of L’Oreal that uses the idea of “improves the appearance of skin quality” for its new Skin Perfection Perk Up Cream, or the new ‘Charlotte’s Magic Cream’ presented as “plumped-up finish.” The same concept is used on trendy beauty oils that mostly promise restoring “skin’s comfort,” such as Evree branded Intensive Facial Care Treatment.

But what are the next steps? This pro-aging idea is not exclusive property of the skincare area and can easily adapted into other segments such as make-up, with cosmetics that enhance, not cover, such as the Revitalizing Mineral Makeup launched by Origins, or the Instant Light Natural Lip Perfector, released by Clarins, that make lips look smooth and shiny. The haircare segment has also many possibilities with products able to “smooth the hair surface” and restore shine such as the recent Schwarzkopf Essence Ultime Crystal Shine Shampoo.

The pro-aging idea is gaining more support. This concept together with the new wave of the “no make-up” look, is transforming the idea of ideal beauty. Natural looks are now more on-trend than ever and beauty companies need to be able to provide the perfect answer. 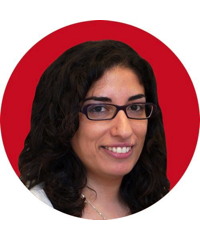 Maria Fernandez is a Datamonitor Consumer’s Associate Researcher for Personal Care, Household, Tobacco, and Pet Food and Care, responsible for research across these industries with respect to market trends and product innovation.