The Microbiota. Part 1: A field of research with multiple perspectives

The microbiota (all microorganisms, including bacteria, yeast, fungi and viruses, which live within a specific environment) could play a major role in medicine and cosmetics in the future. At least this is what seems to have emerged from the discussions organized by the French Society of Antioxidants (SFA) on November 7. And it is a fact that more and more cosmetic manufacturers are interested in this topic.

“90 % of our body is made of bacteria, the major part of which being in the intestine”, explained Pierre Rimbaud, of Enterome, as an introduction to the meeting the SFA dedicated to the human microbiota at the beginning of last November. The adult human body counts almost 1,000 billion bacteria, about 10 times more than its own cells. These microorganisms mainly live within our digestive system, but also in our eyes, mucous membrane and skin.

“Three bacterial phyla coexist within our intestine: the Bacteroidetes, the Firmicutes and the Actinobacteria”, he added. On healthy skin, “more than 500 bacteria species with more than 2 million genes have been detected. They can be found in the epidermis, but also down in the dermis”, specified Audrey Guéniche, of L’Oréal Recherche. Each cm2 of skin comprises more than 1 million bacteria. The profile of the species that live within the microbiota is stable in individuals aged from 3 to about 60: only composition varies quantitatively. Each person has their own microbiota, which gets defined according to birth factors, but also to ways of life and food habits. “Americans have a number of bacterial species that is much lower to American Indians”, explained Pierre Rimbaud.

However, microbial diversity in an environment is one thing, identifying its functionalities and advantages is quite another. In this respect, developing functional metagenomics offers perspectives for a large field of research. “Only 15 % of the human microbiota genome is known so far”, specified Jean-Hugues Masgnaux, of INRA, who coordinates MetaGenoPolis, a large-scale project in collaboration with ICAN (University Hospital Institute of Cardiometabolism and Nutrition) and the Catholic University of Lyon, France. “We aim at providing the medical, scientific and industrial community with innovative tools for analysing this genome. This equipment should make knowledge progress to show the impact of the intestinal microbiota on health and in non-infectious diseases, determine the key components in the interaction between the microflora and intestinal cells, and develop approaches to modulate microbial populations”.

At Libragen, researchers have focused more on the skin microbiota and its functions, with a thesis published in collaboration with the École Centrale of Lyon, France. “We have been exploring the functional aspect of the skin microbiota to understand which enzymatic functions enable microorganisms to adapt to the skin environment, and vice versa”, explained young researcher Alban Mathieu.

The impact of the microbiota on some diseases

Knowledge on the importance of the intestinal and skin microbiota homeostasis will be deepened thanks to these new methods. It has already been proven that numerous intestinal diseases, but not only these, depended on the quality of the microbiota. “It has been a few years since the intestinal microbiota started being recognized as a real human body organ playing a major role in human health. Analysing the microbiota will be as common as blood analysis in the years to come”, declared Pierre Rimbaud.

According to Iradj Sobhani, hospital doctor and professor at the University of Créteil, France, the microbiota definitely is a new field of research. “My team has initiated the analysis of the role of the microbiota in colon cancer, and we have provided evidence that the phylogenetic core of affected patients’ intestinal microbiota was different from that of individuals of the same age and sex with a normal colonoscopy.” The way might thus be paved for a new medicine that would be more personalized, and that would rely on the analysis of patients’ microbiota.

“We, at the SFA, are convinced that given already available scientific data, the microbiota will play a major role in the medicine of the future. We are heading towards personalized, preventive and therapeutic medicine through the modulation of our microbiota. And it is in this perspective that the 2nd world conference on the Microbiota will be held in Paris next June 26-27, 2014”, concluded Marvin Edeas, President of the SFA. 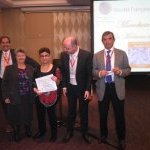 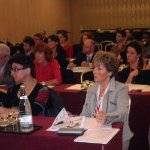 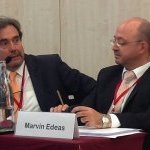