Skin is a protective barrier against all sorts of external aggressors: pollutants, UVs, allergens… Its role is to prevent them from penetrating into the body, in order to keep us healthy and well. But what if the skin is not able to ensure this protective role and reacts negatively to aggressors? What if, instead of protecting our well-being, it becomes the cause of sensations that make us feel bad and uncomfortable? Redness, dryness and itchiness amongst others create skin irritation and rash that can reach levels where people show significant disability.

More than 50% of people around the world consider they have sensitive skin. When the skin is sensitive, it develops signs such as redness, itching sensations or dryness that can lead to atopic-prone skin. [1] Recent data shows that in countries where the prevalence of atopic-prone skin is the highest, such as United Kingdom and New-Zealand, it seems to have reached a plateau; but in low-income countries like in Latin America or South East Asia, its prevalence strongly increased in the past years [2].

Local environment characteristics play a major role in prevalence of atopic-prone skin, even if the main factors are still to be identified.

Another study recently published showed that atopic-prone skin strongly affects quality of life, with more than 50% of people feeling limited in their lifestyle and 39% affected through their social interactions [3].

If left unrelieved, atopic-prone skin leads to barrier function disruption and additional negative effects on the skin, such as skin dryness or chronic scaly skin. Even if its origin remains unclear, environmental factors such as pollutants and allergens are amongst the recognized triggers. And the more they are concentrated in the surrounding atmosphere, like in homes, cars, or offices, the more they are likely to initiate reactions. They activate production of an irritation mediator, called IL-4, in the dermis, stimulating eotaxin-1 synthesis, a cytokine that in the end leads to nerve elongation and mast cells degranulation. Skin becomes itchy and irritated, barrier function is disrupted leading allergens to penetrate easily into the skin, and the dermis immune system is dysregulated. Addressing this pathway is a new way to fight atopic-prone skin.

Synephrine and hesperidin are two molecules that play a major role in regulating the eotaxin synthesis process. Associated with naringin, a flavonoid that decreases histamine release, they can activate natural skin’s immuno-modulation system to efficiently soothe the skin. These three molecules are found in Citrus unshiu, with a maximal concentration of synephrine when the fruit is unripe.

Eosidin is an active ingredient extracted from unripe Citrus unshiu cultivated in Jeju Island, a preserved island from South Korea. Its activity is based on its high concentration in synephrine, to target all the steps of the pollutant-induced irritation process. It significantly relieves atopic-prone skin and improves skin barrier function after only two weeks of application, to rescue cutaneous well-being.

In clinical studies, the SCORAD index that evaluates atopic-skin level was reduced by 50% after 8 weeks of application of Eosidin at 2%, and the skin barrier function was restored with a TEWL decreased by 33%. As a result, the aspect of the skin was visibly improved. 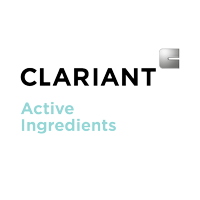 Clariant Active Ingredients opened its new facilities on the Sanofi BioParc in Toulouse, France on January 1, 2017. The location is home to a dedicated team, with vast experience in the field of active ingredients. Toulouse, as location for this Unit, was chosen in particular because of the area’s active focus on biotechnology and proximity to potential development partners and players in the cosmetics industry.

The Units focus is on extending Clariant’s portfolio of naturally-sourced products from BioSpectrum and Beraca with additional development of novel nature-inspired active ingredients. It has at its disposal pharmaceutical industry-standard laboratories for skin biology studies and testing, and biochemical laboratories where the focus will be on synthesizing unique outperforming molecules for unmet consumers’ needs.