One year after, the take over of Schmidt & Niedermeier, the German company specialising in lipstick tubes, seems to prove fruitful. Renamed Sun Creative Cosmetics in March 2010, the company is now targeting the French marketing.

If you remember: a year ago, almost to the day, the German company headquartered in Nuremberg, Schmidt & Niedermeier, specialized in the production of lipstick tubes, which was in receivership, had finally found a entity to take over its activities. The new owner was the Rusi Cosmetic GmbH group based in Bechhofen.

Main objective in 2010 for the buyer, to reach EUR 3 million in sales with a workforce reduced to 30 people. Which was actually achieved! And prospects for 2011 promise to be even brighter, especially in terms of profitability.

A company which has come a long way, it is the least one can say! "Yes it’s true," admits Omar Rizk, the Commercial Director of Rusi Cosmetics, “it was far from being a sure bet! But Mr. Klaus Sindel, Rusi’s CEO, and his team held tight!"

First step, inject cash, 600,000 euros in total, to invest in both the renovation of half of the standard moulds owned by the firm (and decide to abandon the other half switching from 150 to 75 moulds!), but also in the installation of four new electric injection machines including the revamping of the lacquering and decoration facilities, and finally, in the detailed analysis, at a technical and commercial level, of the strengths and weaknesses in the company’s range of lipstick tubes. "Which will quickly become the springboard, explains Omar Rizk, from which we could resume soundly the business activity."

Quite a long, painstaking job that took several months but which eventually paid off!

"What is also important to note, is that large customers renewed their confidence by placing orders. And we even won some very important projects. It is true that our ability to deliver quantities ranging from 50,000 to 500,000 pieces is appealing, the whole of it as part of a total annual capacity that exceeds ten million units!" insists Elke Kaiser, the new commercial director of Sun Creative Cosmetics whose appointment has been effective since January 1st, 2011.

Another of Sun Creative Cosmetics assets, is its combined mastery of metal and plastic parts. "We are not that many in Europe, explains Omar Rizk, to be able to offer this dual expertise in the domain of lipstick tubes. And the ‘100% made in Asia’ is a concept that is ageing fast... Good for us!" Especially since the company also offers some innovative products such as this lipstick tube made of completely biodegradable material...

Germany remains the largest customer of Sun Creative Cosmetics but France is not far behind. And the company’s ambitions are huge. Since the 1st of January 2011, the firm has hired a new agent in the person of Patricia Vahé Goddard, from the PH Beauté Company. 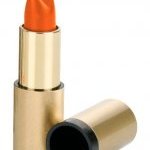 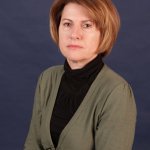 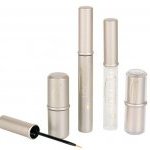 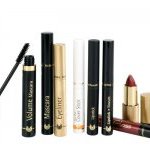 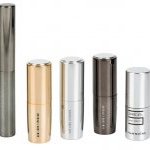