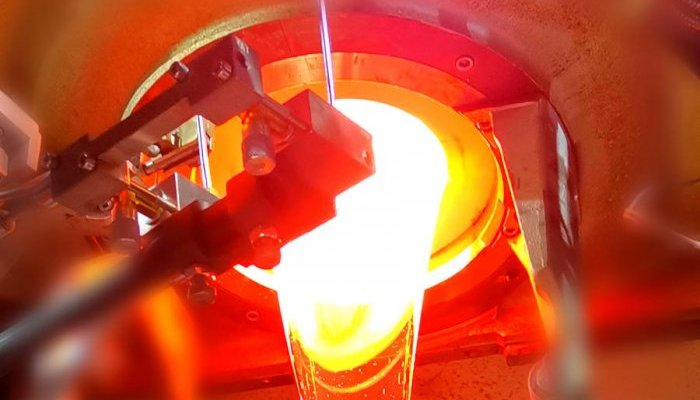 Despite a difficult economic context for the premium and luxury glass industry, Stoelzle Glass Group has invested 20 million euros in its French factory in Masnières, with the aim to increase production capacity and improve the site’s environmental performance.

The investment includes the construction of a new furnace, which came into service on January 8, 2021, and the addition of a fifth production line.

“The new furnace will enable an increase in annual production capacity by more than 30%, to more than 100 tonnes. A positive message for our teams and our customers, mostly European and American. With the support of Dr. Cornelius Grupp, owner of Stoelzle Glass Group, these investments will enable us to significantly improve our position in this prestigious market in the coming years," said Étienne Gruyez Chairman and Chief Executive Officer of the Group’s two French factories Stoelzle Masnières Parfumerie and Stoelzle Masnières Decoration.

Also in charge of the group’s Perfumery and Cosmetics Business Unit, which currently accounts for 18% of the Stoelzle Glass Group’s turnover, Étienne Gruyez is delighted with the timing chosen for this investment: “In 2020, an extremely difficult year for all industries, the right decisions were taken in Masnières by shutting down production during the 2 summer months and then scheduling the reconstruction of the furnace at the end of the year. The effects of the crisis were thus limited.”

Despite the lack of visibility at the beginning of 2021, Étienne Gruyer says that the Masnières site is now ready to take up the new challenges of its customers.

“Our commitment in terms of Flexibility, Agility, Reactivity, remains as relevant as ever. In fact, we have made the three initials of these words our slogan ‘F.A.R’ with them, we will always go further in our support! We must be able to continue to adapt and react ever more quickly to their needs. One example among others, we can produce prototypes in 4 weeks. Today, we must accept to work on a weekly basis. If the perfumery sector has been very affected, the cosmetics sector has held up rather well. Thanks to the addition of the 5th line, we will be able to strengthen our position in this segment," he said.

The group also evaluates the CO2 impact of each project in order to help its customers to make the best choices.