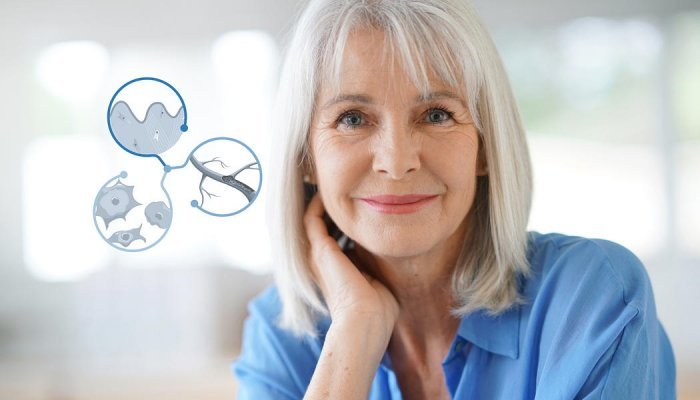 Silab has launched a regenerating anti-aging active ingredient of biotechnological origin designed to restore the capacity of aged fibroblasts to interact with their environment thus stimulating the rapid regeneration of mature skin.

According to Sibab research, the so-called “fibroblast regenerating complex”, the cooperation process between the cutaneous, immune and vascular systems that is instrumental to cutaneous regeneration is altered with age. The capacity of fibroblasts to interconnect the three systems, via the secretion of a pool of growth factors, is thereof reduced.

In order to revitalize the key processes of regeneration, Silab developed Regenixir [1], a patented regenerating active ingredient that stimulates the skin’s capacity to synthesize its own “growth elixir.”

According to the French-based manufacturer of cosmetic active ingredients, by restoring the capacity of aged fibroblasts to interact with their environment, Regenixir enables a transversal action on the three interconnected systems:

vascular system: formation of a vascular network is restored [3];

In clinical tests, an emulsion with Regenixir at 2.5% demonstrated an anti-wrinkle effect as of 21 days of application, by significantly reducing crow’s feet wrinkles in Caucasian (-10%) and Asian subjects (-6%).

According to Silab, tested in Caucasian volunteers in the same conditions, the active ingredient:

“All these effects continue after 42 days of treatment and are perceived by the volunteers themselves,” said Silab.

A yeast with recognized health benefits

For developing Regenixir, Silab has focused on the yeast Saccharomyces cerevisiae. Widely used in the food industry, this yeast is also recognized by the medical and scientific community for its countless properties: richness in nutrients, capacity to stimulate energy production and immune defences, etc.

From S. cerevisiae, Silab has extracted oligo-β-glucans that can restore the interconnectivity of the cutaneous, immune and vascular systems for a regenerating anti-aging effect.

Available in aqueous solution (recommended amount: 0.25 to 2.5%), Regenixir has a content of natural origin of 99% (ISO 16128) and is compliant with international cosmetic regulations (Europe, United States, China, Japan, etc.).

[3] With REGENIXIR® at 1%, the secretome of aged fibroblasts significantly restores the migration velocity (+93%) and the cohesion (ZO-1: +77%) of aged endothelial cells.