“Shopping is the logical next step in the story” - Charles Levecque, TikTok 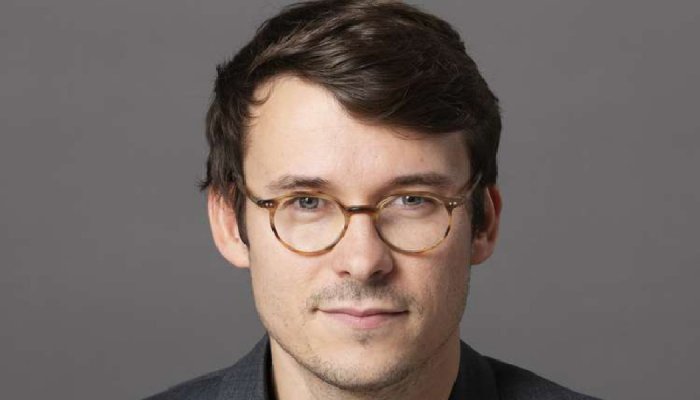 Between immersive fashion shows, online shopping and collaborations with luxury brands, TikTok is getting busy with a host of diverse initiatives in the realm of fashion and beauty. During the latest Paris Fashion Week, Charles Levecque, Head of Luxury and Fashion at TikTok, took us through the Chinese giant’s strategies and its vision of the future.

TikTok used the occasion of Paris Fashion Week to organize some exclusive events with certain labels, such as Off-White. Can you tell us more about these operations?

Charles Levecque - Regarding Off-White, that was a very nice project for us, allowing us to demonstrate new experiential tools for the community and how we can offer the TikTok community an even more immersive experience of fashion shows. There were several cameras that were positioned on the runway; it really offered the impression of total immersion. We’d already done many shows in the past, in 2020, with many labels. Here, we feel like we’re taking the experience to the next level. Of course, other fashion shows also are taking place on the platform. We’ve already had the Dior and Balenciaga shows, for which the community could register beforehand to be able to view it on the platform on the big day.

In the area of luxury and fashion what types of content are most appreciated by users?

Charles Levecque - There is one trend that stood out for me during the Men’s shows in January. It’s all the vlogging done around the backstage or pre-show. I’ve seen a lot of content on that coming out. In the last few years, we had a lot of intra-show content. And now, we can see, for example with AMI Paris or Dior, content on TikTok that was created before the shows, on the celebrities attending, but also on all the excitement surrounding the event. This content is watched quite a bit.

Which fashion and luxury deals have had the most success on TikTok? What is the most popular fashion label on TikTok?

Charles Levecque - Now that’s a tough question. There are a couple of shows that surprised me for many reasons and which were very popular on the platform. Gucci, during Milan Fashion Week, did a pre-show to prepare users for the shows beforehand featuring rather exclusive content with a creator named Francis Bourgeois. It’s totally offbeat content that uses the codes of the platform 200% and, in particular, which uses all the codes of this creator. He’s a fan of trains who had a resounding success with several million views on the platform during an earlier collaboration with North Face. So they take him, a few days before the show, to bring him to Milan. We see him arrive at the station. We see him get the invitation card. He goes to change before the show, all in Gucci of course, in a shop where he enjoys a little private shopping session, etc.. And then, he arrives at the show, he gets to check out the set. Viewers see him explaining that aspect a little bit. During the fashion show, everyone, all the TikTokers were asking "Where is Francis?" We saw a kind of excitement build up around him.

Another example is Balmain, with the music. It was last September. They were doing the Balmain festival. They did a concert with Doja Cat for the occasion, live via TikTok. Users could watch the mini concert, and right after the fashion show. The community loves this kind of content. It’s clear that people are quite interested in fashion shows.

As we saw with TikTok star content creator Khaby Lame, who became a face of Hugo Boss, content creators are valued by brands. Can they have an influence on the fashion of tomorrow?

Charles Levecque - I was quite blown away by the whole Hugo Boss operation. It signals a transformation, dramatically different from the brand of two or three years ago. They are very modern. It’s quite powerful what they did because the Khaby Lame community represents millions of people, but they didn’t come for the fashion at all. They came for humorous content. They come looking for an audience, which is also quite new for this environment. That’s what I find interesting, to see if these communities can mix and, in doing so, make brands that are more global and inclusive. Will they shape the fashion of tomorrow? I think they are mostly amplifiers.

Fashion and luxury brands are increasingly present on TikTok. What do you think is attracting them to this platform compared to other social networks?

Charles Levecque - There are several reasons. The first for me is that we are the easiest gateway to reach a new generation of users, new consumers, new codes, new means of expression. TikTok is this gateway that allows them to go and understand them. We know that Millennials, and even Generation Z, will be the massive consumers of luxury in the near future. I think that they will represent more than 70% of luxury consumers in a few years. TikTok can be a good way to "meet" them and more specifically to enter into discussion and engage with them.

We are also in the process of becoming a platform that offers a rather perfect showcase for creativity because it’s a platform that is full screen. There is no other content around it. It’s creators who are making a lot of content on the platform, who are ultra-dynamic, ultra-original and ultra-creative. I think that brands have a lot of stories to tell. They often have beautiful messages, and also a lot of content that is very well done. I think it’s a great place for them to express their creativity.

Most TikTok users are quite young — an audience that is not necessarily able to buy luxury products. So what interest do these brands have in establishing a presence on TikTok?

Charles Levecque - The platform is experiencing tremendous growth. Our user base has grown very quickly. Today we can say that 67% of our audience is over 25 years old, a telling figure. I want to make that clear because it’s part of an image we’re trying to change. Perhaps two years ago, the platform didn’t look the same as it does today.

It’s well known that one thing that works well on TikTok is a kind of naturalness, which does not necessarily always work with the highly coded images of fashion and luxury brands. How far are they willing to go in this regard?

Charles Levecque - Should brands, since they do have these very powerful codes, adapt to TikTok? I think that’s a discussion we’ll see evolve. Our application is quite young. We’ve already seen significant change since the beginning, a year and a half ago, almost two years ago, when content was a bit of copy and paste from other platforms or experiments. Now, it’s clear to see that there’s a higher level.

Shopping via social networks is a key trend this year. How does TikTok plan to get involved in this new market?

Charles Levecque - Shopping is the logical next step in the story. Today, we have users who consume content on a largely entertainment-oriented platform. The next logical step is to know how we can help them generate actions, discover — maybe on a website or elsewhere — products and potentially purchase luxury goods.

We have done different operations with brands, like Make Up For Ever and the LVMH group with Dior. TikTok creators presented beauty "moments" with the possibility to promote the collection shown for purchase. This doesn’t necessarily mean "buy now." It’s more, "watch some content on TikTok, watch this video and look at the products we’ve focused on and now are concretely presenting for you."

We still need to think about how we can create more integrated experiences on the platform to build simpler pathways. That’s because taking the user out of the platform, creating too many avenues can be complicated for them.