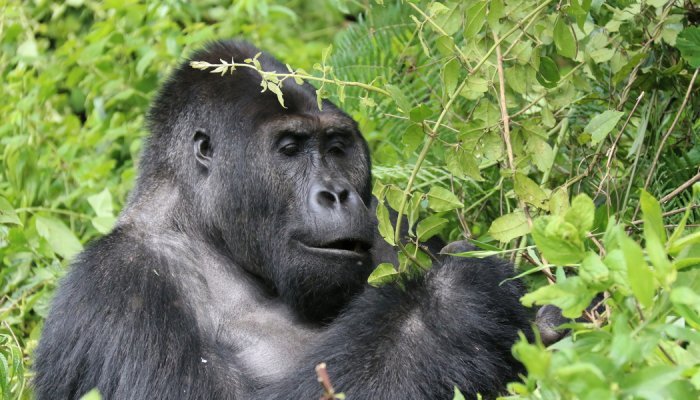 This is probably a world first in the cosmetics industry! Seqens introduced at in-cosmetics Global 2022 a new active ingredient taking inspiration from wild gorillas’ self-medication practices. Designed for healing inflamed skins, Phyt’Anim Grains of Paradise promises to be the first of a series of new products from the new Etho-Phytology innovation platform created by the French company.

“We have known since the end of the 1970s [1] that certain animals are able to find substances in their environment that allow them to heal themselves,” explains Aïna Queiroz, Head of Innovation & Scientific Communication at Seqens Cosmetics. Despite the immense potential of this discovery, it had so far gone unexploited in the cosmetics industry.

After the launch of several platforms dedicated to the Exposome, Longevity and Emotional Glyco-intelligence, Seqens Cosmetics is highlighting biomimicry as a way to discover new active molecules through its new Etho-Phytology innovation platform.

Where gorillas help to identify an anti-inflammatory active ingredient

It is therefore by studying models and strategies that have been proven in nature for millions of years that Seqens found the avenue that led to the creation of Phyt’Anim Grains of Paradise.

In this case, the source of inspiration of the cosmetic ingredients manufacturer were some particularly fascinating doctors: gorillas of Africa’s western lowland! Thanks to a database of plants used by animals to treat themselves, Seqens Cosmetics has indeed identified the consumption by gorillas of seeds of the paradise plant (Aframomum melegueta) [2] as a means to protect themselves from myocardium inflammatory disorders.

“This plant protects the myocardium of the gorilla by fighting against certain inflammatory disorders (via the COX-2 pathway) that cause fibrosing cardiomyopathy (Dybas and Raskin, 2007). Research has shown that for the captive primates, lack of access to grains of paradise led to a sharp increase in this pathology (Ilic et al., 2014),” said Seqens Cosmetics.

Aware of the importance of this same COX-2 pathway at the level of skin inflammation, Seqens Cosmetics thus studied the effects of this seed on a new skin model to extract the most effective anti-inflammatory fraction, enriched with 6-gingerol.

Relieving skin in a state of chronic inflammation

The active ingredient developed makes it possible to relieve irritated skin and accelerate the resolution of chronic inflammation, whether on an in vitro, ex vivo or clinical scale.

The double-blind clinical study, carried out vs placebo on irritated skin, thus highlights a significant effect of the ingredient both on transepidermal water loss (TEWL) after 24 hours, and on redness and vascular intensity after just 5 days.

The role of taste receptors

The company also wanted to understand how primates select plants in their environment. Taste receptors are crucial in signalling to the animal the presence of useful molecules. This is particularly true for the gorilla whose diet is essentially herbivorous.

Noting the surprising presence of these same taste receptors on the skin, Seqens Cosmetics has therefore evaluated the impact of Phyt’anim Grains of Paradise on this relatively unexplored skin axis. According to the company, the results obtained prove that the active ingredient modulates the expression of a G protein associated with a taste receptor during inflammation. “These new data open the way to understanding the role of these receptors at the skin level and demonstrate the importance of considering them in dermo-cosmetics,” concludes Seqens.

Other cases of self-medication behavior, in species other than primates, are currently being explored at Seqens in order to give birth to a new generation of bio-inspired cosmetic actives.

[2] Closely related to cardamom, Aframomum melegueta is a species in the ginger family. It is commonly known as grains of paradise, melegueta pepper, Guinea grains, ossame. It is native to subtropical West Africa where it is commonly consumed in Africa as a spice and sometimes considered an aphrodisiac. 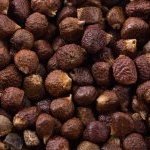 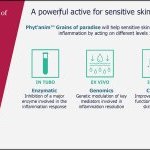