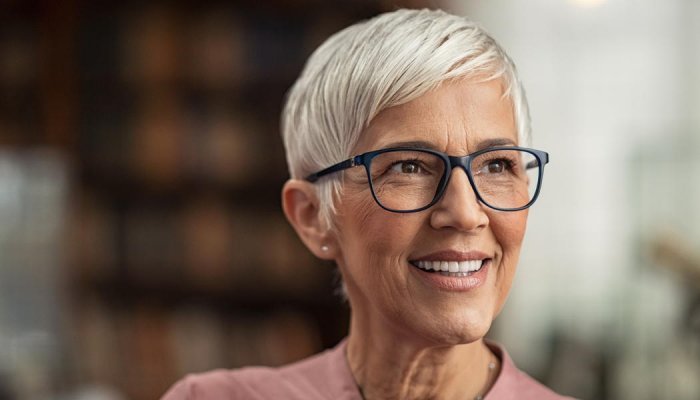 The fashion and beauty industries are talking more and more about self-affirmation and self-esteem, but do women really feel comfortable with their bodies? A recent study reveals that women are generally dissatisfied with their bodies, but that self-esteem increases with age, reaching its peak — albeit relative — at age 60.

One might think that youth is synonymous with self-confidence, but that’s not the case, as a new study conducted by Australian and New Zealand researchers* Body Image, Volume 39, December 2021, Pages 114-124] reveals. Scientists from the universities of Griffith, Auckland, and Queensland were interested in the level of satisfaction with body image among 15,264 participants aged 18 to 94 years, of which nearly 63% were women. To conduct their research, they looked at longitudinal data covering no less than six years, from 2010 to 2015.

Published in the Body Image journal, the study revealed that participants became more satisfied with their bodies over the years, although this upward trajectory did not appear to be meteoric. Self-esteem was not very present in the youngest women, but it increased with age, particularly around the age of 60. The research stops short of fully explaining this phenomenon, although the researchers do offer a few suggestions as to why it might be the case.

In their work, the researchers mention the fact that as adults age, they may give more importance to how the body functions than to how the body appears. In other words, health would then come before physical appearance, which could lead to lower expectations on the appearance side.

But of course societal pressure may also play a role in these results, since they could have an influence on the perception that we have of our body. Trying to conform to such ideals of beauty at all costs — or more precisely, of not being able to reach them — could play a role in self-confidence. Such pressure may dissipate over time in women, according to the researchers. It should be noted that this improvement in body image satisfaction over time is only slight; women aged 60 remain concerned — although a little less than younger women — about their appearance.

Finally, the researchers were also interested in men’s self-perception; overall they showed higher levels of satisfaction with their body image than women, although these also get better throughout their lives.