“Genuinely positive” these are the two words that come up most often in the various press releases issued by the German Schwan Stabilo group in the past weeks to describe its overall results. On June 30th, total sales showed an increase of over 17% compared to last year with a turnover of 462 million euros. With nearly a 25% increase over last year, the cosmetics division is the one which posted the best results. It was during this period that management took the decision to step up the level of investments. No less than 27 million euros were invested over the last eighteen months! Here are the details...

"The Group’s best results in the company’s history!" is the statement that ended the fiscal year of the German Schwan STABILO Group last June.

Sales dramatically increased by 66 million euro over the previous year. "A great performance across geographies, brands and categories!" we were told by Barbara Bauer-Kropf, Executive Vice President Sales and Marketing Cosmetics at the company’s headquarters in Heroldsberg, a few miles outside of Nuremberg. An even more interesting result as it came from strong sales of the Cosmetic Division (+ 25%), all product lines included. During times like this, it is almost impossible to keep up with customer requirements without drastically investing.

First on the agenda was an increase in production capacity for plastic pencils with the start up of new production lines.

One of the main parts of the manufacturing process, the technology for the production of cosmetic bulk also underwent a complete overhaul. A modernization that not only helped increase the production capacity, but also boosted new formula innovations and impacted the entire environmental process by reducing energy and water usage by over 30%.

The third project completed was the successful implementation of SAP. "A particularly tricky project to implement,” Barbara Bauer-Kropf noted, “since it involved nearly fifty internal and external engineers during a two- year period. But it was worth it! With this new software, already used by over 500 employees, business processes can be run more effectively and productively.”

And last but not least, the fourth project, the set up of the new company website which contains more than 200 pictures representing most of the group’s product references. It is an interactive website with many new features that keeps customers easily informed and is even able to create tailor-made presentations for each individual client. The website is already quite a success, as it currently claims some thousands of visitors per month with the number steadily increasing and connections coming from seventy-six different countries. 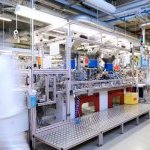 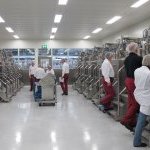