The launch of the Parfums du Château de Versailles in China has received considerable coverage in Chinese media and the web.

The archives of the Palace of Versailles, the principal residence of French kings from the time of Louis XIV to Louis XVI, retain a series of fragrance formulas developed in the 17th and 18th centuries by the perfumers of the King of France. The company Conservatoire Français des Fragrances et Cosmétiques (CFFC) has been is the only fragrance developer to have obtained the right to use these formulas and market them under license. The perfumes have been recomposed with antique natural flavours but also with contemporary synthetic molecules to create a range of perfumes directly inspired from this time: the Parfums du Château de Versailles.

Many Chinese media hailed their arrival on the local market and Chinese netizens have been very curious about them.

The rise of French perfumery

The profession of perfumer was recognized at the beginning of the reign of Louis XIV, who bore a passion for perfumes, which he inherited his mother’s taste. Perfumery was definitely one of the jewels of French refinement during the “Grand Siecle” (the 17th century and more precisely the period covering the reigns of Louis XIII, 1601-1643, and Louis XIV, 1638-1715) and the heyday of Versailles, where its development has been staggering.

Indeed, for the first time, in the early 17th century, the profession of perfumer was granted an official title: “Maître gantier et parfumeur” ("Master perfumer and glovemaker”). The heyday of the Court of Versailles thus marks the rise of French perfumery, thanks to lavish ceremonies of King Louis XIV and his court, and their political and cultural influence throughout Europe.

The Château de Versailles is one of the most visited monuments in the world, and its gardens, halls and art galleries welcome every year many Chinese tourists. The association between fragrances and this monument seems very well received by Chinese consumers, especially as they are very fond of brand’s story-telling. Thus, the launch in China the Parfums du Château de Versailles has been an opportunity for the Chinese to debate in the media and the internet about the relevancy of a historical comparison between the French monarchy and the last Chinese imperial dynasty.

“The Chinese people are very sensitive to the history and quality of the products from France. We are very confident on the perception of professionals and the general public on this new product,” says Michel Patrice, historian and Director / General Manager at CFFC. 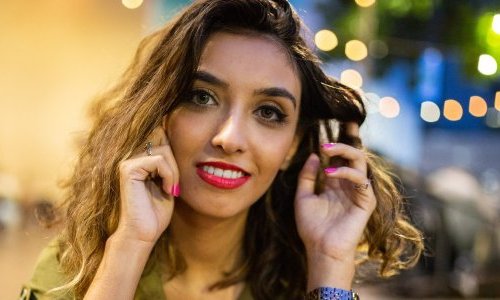