Record attendance for the second edition of MakeUp in Seoul

The second edition of MakeUp in Seoul, which took place last week at the Conrad Hotel, far exceeded the organisers’ expectations and the hopes of the Asian make-up industry. The show hosted 2,300 visitors in two days, an increase by 28% compared to 2014.

The organizers of the 2015 edition of the MakeUp in Seoul tradeshow can congratulate themselves! Their forecasts, based on pre-registered visitors were confirmed by reality. The tradeshow dedicated to the suppliers of makeup brands welcomed 2,300 visitors (+28% compared to 2014), with a very sharp increase in the number of international visitors coming not only from South-east Asia (including China, Indonesia, Taiwan, Japan, The Philippines, Hong Kong, etc.) but also from Europe and the North and South American continents.

“MakeUp in Seoul has become in just two editions, "THE" international meeting of the Asian make-up industry,” highlight the organisers, who were also extremely satisfied by the number of participants at the different conferences and round tables. “All major Korean and international brands had answered the call, at the level of speakers but also in terms of audience,” they add.

The Tree of Innovation

“Innovation was the one expected at each stand and at the heart of meetings and conversations between professionals. They had all made the trip for that and were not disappointed. Innovation, which was expressed on all stands, be it in terms of formulas applicators, packaging or accessories,” say the organizers.

For the second consecutive year, the Amore Pacific Group, through one of its most prestigious brands, Hera, successfully organized its presence and animations at the heart of the show. Many international leading brands, both European and American, took advantage of the event to organize during the event and also at the event their R&D and marketing meetings. Because Korea has become in a few years "the place to be" not only in Asia but also in the world for a sector in search of innovative and quality products.

During the cocktail organized on the evening of April 15, Sandra Maguarian and Jean-Yves Bourgeois, the organisers of the event, did not fail to express their gratitude to the Korean people for “their welcome, enthusiasm, and the support they provided these past two years in the setting up of what has established itself as "The" unmissable appointment in the Asian beauty industry.” 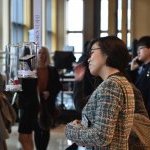 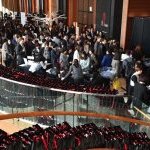 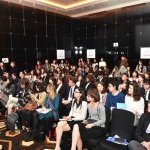 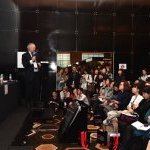 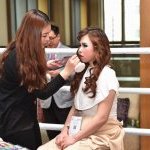 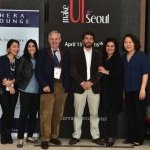