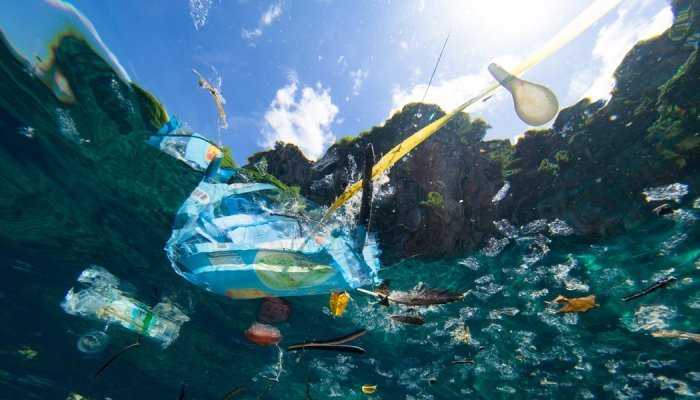 According to a recent study published in Scientific Reports, 90% of the thousands of tonnes of plastic waste that form what’s known as the North Pacific Garbage Patch – a huge pile of floating trash that covers an area of 3.5 million square km in the middle of the North Pacific Ocean — could come largely from fishing equipment originating from five industrialized nations.

Researchers from the Ocean Cleanup project and Wageningen University in the Netherlands collected 6,093 pieces of trash measuring less than 5 cm from the garbage patch and analyzed them one by one. The most common plastic objects were unrecognizable plastic fragments. However, fishing and aquaculture equipment was the second-largest category of trash.

The researchers were able to identify a total of 232 plastic objects and their country of origin based on elements such as language, text, company names or brand logos. A significant portion of this waste was found to come from Japan (34%), China (32%), South Korea (10%), the United States (7%) and Taiwan (6%).

The study highlights the important role that the fishing industry plays in addressing the global issue of plastic pollution in the ocean: "While recent assessments for plastic inputs into the ocean point to coastal developing economies and rivers as major contributors into oceanic plastic pollution, here we show that most floating plastics in the North Pacific subtropical gyre can be traced back to five industrialized fishing nations," the researchers conclude.

However, the study, only concerns floating plastics larger than 5 and not microplastics that may have a different origin and are not specific to the North Pacific Garbage Patch.

“The compositional differences of plastic pollution between coastal and offshore waters therefore suggest that plastics originating from land are predominantly trapped in nearshore areas and may be eventually released to the open ocean as small, degraded plastic fragments,” the authors suggest.