Perfumers want to defend the “accomplishments of the nose”

On the occasion of its 70th anniversary, the Société Française des Parfumeurs (French Perfumers Society, or SFP) is more than ever reaffirming its mission to promote the fragrance industry, notably through the creation of the International Circle of Perfumer-Creators to support the specific know-how of fragrance creators.

The French fragrance community gathered last week in the former Potocki Palace, where is now seated the Paris Chamber of Commerce and Industry, to celebrate the 70th anniversary of the French Perfumers Society (SFP), which counts 800 members, including 300 perfumers, that is to say nearly half of the World’s "noses".

The celebration was marked by three main events: the launch of a rose variety selected for its scent with the participation SFP members and called the “Rose des Parfumeurs”, the founding of the International Circle of Perfumer-Creators, and the announcement of the winner of the 2012 International Perfumer-Creator Award, Virginie Armand, perfumer at Argenville.

However, in the background of the festivities, discussions were focusing on the protection of fragrance creations. Would a smell of rebellion be rising among the usually so quiet noses community?

Accomplishments of the nose

The reason? To date, a fragrance is not considered an intellectual work, but only the mere result of a specific technical know-how. Consequently, it does not benefit from the protection of intellectual property rights.

In France, the Court of Cassation, the appellate court of the highest instance, has never changed its opinion on this matter. On two occasions, in 2006 and 2008, despite a contrary opinion by the Paris Court of Appeal, the Court of Cassation has ruled that: "the fragrance of a perfume, which is the result of the mere implementation of know-how, does not constitute the creation of a form of expression that can benefit from copyright protection as an intellectual work." [1]

Should we follow the reasoning of the Court of Cassation, composing a fragrance would essentially require technical knowledge and the part of the author’s personality would be too low for considering it an original creative work. For anyone who knows a little bit the art perfumery and the way perfumers are working, that does not make sense!

According to Matthieu Bourgeois, Associate Lawyer operating mainly in the field of intellectual property rights at the KGA law firm in Paris, there may be another explanation. "The Court’s questionable position is probably due to judges being cautious about having to cope with very difficult debates regarding the similarity between two close fragrances," he says. "The Court of Cassation apparently thinks that judges would have hardly any means to evaluate similarities, since - let’s not forget it - smell is and remains, in our society, human’s less developed sense or, in any case, the most subjective and unequally shared.”

They may lack the support of judges, but perfumers have gained the support of art connoisseurs. Last January, the French Minister of Culture at the moment, Frédéric Mitterrand, during a ceremony in which he awarded the Medal of Arts and Letters to six illustrious perfumers, expressed his desire to see “the accomplishments of the nose recognized on par with the accomplishments of the hand.”

Promoting the profession of perfumer

It is the project a group of perfumers decided to tackle. The proposal by Maurice Maurin and Raymond Chaillan to create an International Circle of Perfumer-Creators [2], with the mission to enhance, promote and defend the profession of perfumer, thus immediately received wide support.

The Circle will seek to unite all perfumer-creators, whether independent or under contract to composition houses or luxury brands, and regardless their country of residence.

A “Committee of Elders” uniting 29 perfumers, around the SFP president, has been settled and the first plenary session should be held soon, in order to, as Raymond Chaillan said, “to define and defend this difficult and often denigrated profession, (…) to voice our concern about the ongoing reduction of our palette of natural ingredients, to sound the alarm that creativity is in danger, reaching its limits — that all of the warning lights are on red.” 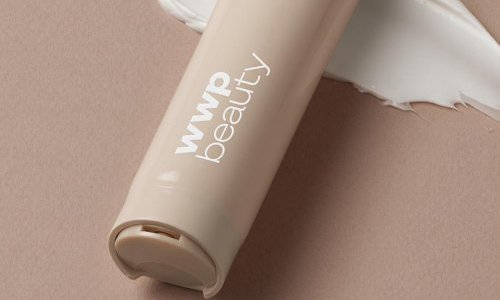