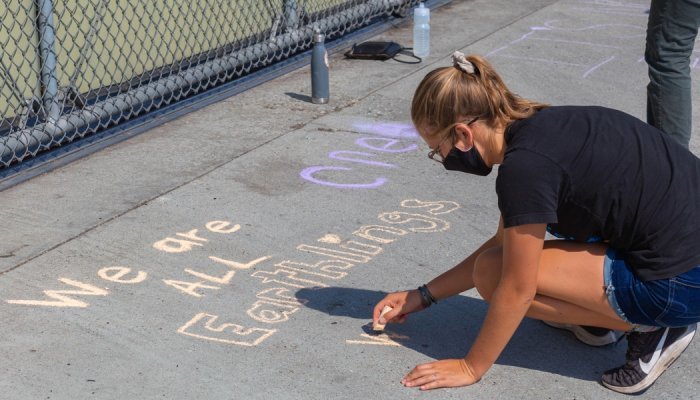 New York has become the 10th state to prohibit the sale of cosmetics tested on animals after Governor Kathy Hochul signed into law the New York Cruelty Free Cosmetics Act. New York joins California, Nevada, Illinois, Hawaii, Maryland, Maine, New Jersey, Virginia, and Louisiana. While the sale of cosmetics tested on animals is prohibited in the European Union and many other states around the world since many years, there is currently no federal legislation on this issue in the USA.

Governor Kathy Hochul has signed into law the New York Cruelty Free Cosmetics Act (A.5653B/S.4839B) that will prohibit the manufacture and sale of cosmetics in New York State that have been tested on animals, beginning in January 2023. Instead, manufacturers will have to use widely available non-animal testing methods. However, cosmetics currently on sale will remain available and several other exceptions are provided for by the text.

“More consumers than ever are demanding cruelty-free cosmetics, and I am proud that my legislation banning the sale of cosmetics tested on animals has been signed into law. I am proud to have worked with Cruelty Free International in passing this legislation into law and look forward to seeing more states follow in New York’s footsteps," said Linda B. Rosenthal.

"New York has finally joined the list of forty countries that have taken a stand against this harmful practice. Protecting the safety of humans by testing cosmetics is extremely important, but does not mean that animals must serve at their expense for our wellbeing,” added Senator Alessandra Biaggi.

The new legislations was also supported by the Personal Care Products Council (PCPC). With 600 member companies representing more than 90% of the U.S. beauty industry, PCPC is the leading trade association representing cosmetics and personal care products companies in the U.S.

Towards a Federal legislation?

The passing of the New York Cruelty Free Cosmetics Act could pave the way to the vote of a federal legislation.

“U.S. history has shown that state activity leads to changes at the federal level. Because of New York’s association with the fashion and beauty industries, passing the New York Cruelty Free Cosmetics Act could be the tipping point that leads to the passage of a federal Humane Cosmetics Act,” commented Monica Engebretson, Head of Public Affairs North America at Cruelty Free International.

The Federal Humane Cosmetics Act - the latest version of which was introduced in the House in December 2021 - would ban the sale and manufacturing of animal tested cosmetics throughout the US. More than 375 companies have signed on to support the legislation for a nationwide ban, including Walgreens, The Body Shop, Unilever, H&M and Paula’s Choice, according to the Humane Society.

"Now it is up to Congress to pass the Humane Cosmetics Act to bring about a consistent standard for ending cosmetics animal testing across the country," said Brian Shapiro, New York state director for the Humane Society of the United States.