In France, 2018 was marked by successive exhibitions and cultural events dedicated to Japan to celebrate 160 years of friendship between the two countries. The “Japonismes en France” series held from Nov.22 to Dec.2, 2018, ended on a high note, with the opening of the Shiseido Japanese Beauty Station, a pop-up store which highlighted the role of the Japanese company in Japan’s cultural influence as soon as the early 20th century.

Japonism, i.e. the influence of the Japanese civilization and arts on Western artists in the late 19th and early 20th century, was put forward in France last year with a series of exceptional cultural events. The role Shiseido played in this movement is little known. And yet, the oldest cosmetics company in the world – it was founded in 1872 – was an integral part of the wave that inspired so many artists, including great painters and many writers. The brand witnessed and actively took part in the abounding exchanges between Paris and Tokyo. Hanatsubaki, Shiseido’s magazine, perfectly embodies this ongoing, historic dialogue. Countless covers and iconic pages since the 1930s were actually exposed in the pop-up store.

It was all the more interesting to discover this pop-up store as a symbol of “New Japonism”, which has been taking over the beauty world. A sign that Japan’s influences, more relevant than ever, should be seen as trendsetters:

At the core of this New Japonism, the highly minimalist, zen kanso trend embodies strong ties between the brand and nature. Camellia (“Hanatsubaki” in Japanese, and the title of Shiseido’s magazine) was interpreted in all its forms (merchandising, signing, window displays) in the store to illustrate its sacred and symbolic nature. Promoted with a dedicated corner, the WaSo line offered harmonized colours and a very “kanso” representation of the ingredients, highlighted in most graphic Japanese characters. Inspired from the Japanese culinary art, Washoku, the successful line expresses this philosophy with a perfect mix of tofu, carrots, loquat tree, and honey – all from Japan. The store also offered workshops focused on this theme.

The ubiquity of red, as a light or flat tint, conveys the importance and appeal of this colour for bakugai (Chinese tourists in high numbers), the second most significant trend, with its design codes that inevitably seduce the brand’s strategic target.

Lastly, koto (experience) is another trend inspired from Omotenashi, the renowned Japanese hospitality referred to in the brand’s storytelling. Similarly to the features in Tokyo’s Ginza, a tester glorifier for the brand’s four flagship products (Ultimune, Essential energie, Bio Performance, Waso) invites you to “start your multiple sensorial journey” and “pick up a product and focus on your senses”. The mere action to take the product and discover its texture launches a video which immerses the user into the world and sensoriality of the product, focusing on themes like defence, energy, performance, or naturalness. A moment of digital, initiatory meditation…

New Japonism is a basic trend that will keep sweeping the beauty world and influencing the greatest markets for quite a while, especially China, which shares a strong cultural background. To its women consumers, Japan is still associated with know-how and quality. Pay close attention to it in 2019!!

Please contact us to discover our New Japonism trendbook, illustrated and set up in collaboration with Florence Bernardin: 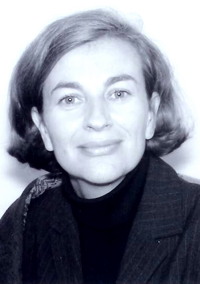 After acquiring marketing experience with major Beauty brands of the Estée Lauder and LVMH groups, Caroline Moulin discovered design thanks to the Desgrippes/Gobé Group, where she was appointed International Beauty Director.

It was her four-year stay in Tokyo as a correspondent for International Cosmetic News that made her develop a new global vision on Beauty design, and launch her own watch organization, NaO Design Trends, when she came back to Europe.

Caroline investigates everything related to Beauty design: retail, branding, packaging… she helps you better understand the best design strategy for your own company, brand, or product concept.

As a “Beauty trotter”, she regularly travels the world. She has just come back from Asia with various specific examples from Seoul, Tokyo, and Hong Kong, to provide some news and illustrate the current trends in packaging, retail, or more generally, design.