After a full reorganisation of the floorplan last year, Cosmoprof, the world’s leading beauty tradeshow, is continuing its transformation, with the aim to better address the needs of professionals. Premium Beauty News met with Duccio Campagnoli, President of BolognaFiere and SoGeCos, the organisers of the Cosmoprof tradeshows.

Premium Beauty News - What is your assessment on the last edition of Cosmoprof, which was held last March in Bologna?

Duccio Campagnoli - We were happy about what we consider a very positive result. The fair hosted new exhibitors and welcomed a lot of additional visitors, in particular from outside Italy (+22% compared to 2012). Considering the current economic situation in Europe, that was good news.

Cosmoprof Worldwide, which is held annually in Bologna, Italy, is the most important trade platform for the beauty industry and a global hub for the European, Asian and North American markets. Just considers that 69% of the exhibitors - 1,600 out of 2,300 - come from foreign countries. This unrivalled globalisation is the show’s main strength.

Another important asset is the Cosmoprof brand itself. Cosmoprof is famous worldwide as the oldest and most important event for the cosmetics industry. Whatever their main interest, beauty industry insiders know they will find what they are looking for among the variety of product categories and sectors that are showcased under one roof at Cosmoprof, which hosts several shows in the shows: for packaging, hair products, natural beauty products, etc.

Premium Beauty News - On the occasion of the last edition you reorganised Cosmopack entirely. What are your prospects about this part of the show?

Duccio Campagnoli - As the rest of the show, Cosmopack is growing. We consider that this section, that is to say the halls dedicated to beauty packaging suppliers and equipment manufacturers, deserves a specific consideration. Therefore, we have decided to change the dates of this event so as it corresponds with the expectation of professional visitors. As a consequence, Cosmopack will open and close two days earlier the rest of the show. Actually, Cosmopack will be held from the 2nd to the 5th of April 2014, while the rest of Cosmoprof Worldwide will open its doors from the 4th to the 7th of April 2014.

This change corresponds to a strong demand from most exhibitors and many visitors. Actually, the policy of many European companies is not to ask the staff to travel on weekends. As a consequence, the attendance of Cosmopack was really decreasing on Sundays and exhibitors were considering it as a waste of time. We also think the new dates will help visitors to better organise their stay in Bologna.

Furthermore, the next edition of Cosmopack will be increasingly focused on R&D and innovation, with more conferences and technical workshops.

Eventually, we are also extending our Buyers Programme to better cover the packaging sector.

Premium Beauty News - What about Cosmoprof North America, which will open its doors next July 14-16 at the Mandalay Bay Convention Center in Las Vegas?

Duccio Campagnoli - With about 900 exhibitors, the next edition of Cosmoprof North America will be the biggest ever. The show will host two new collective participations from Spain and Turkey, in addition to the ones of Brazil, China, Colombia, Italy, Korea and Taiwan that were already there last year.

We are very happy with our partnership with Pro Beauty Association (PBA), which provide us with a prominent position in the industry.

This show aims at becoming a more general platform for the industry, in particular through the development of the packaging sector. There are strong opportunities in this area. Indeed, there is no tradeshow in the U.S. that really addresses the need of the largest variety of beauty packaging suppliers.

Premium Beauty News - There are currently three Cosmoprof shows in the world. In the past, Cosmoprof was in Brazil, and made some attempts in Russia and in Turkey. What are your development priorities?

Duccio Campagnoli - With our three shows, we are serving the needs of a large part of the global beauty industry. Cosmoprof Asia is the world’s second beauty tradeshow, ranking just after Cosmoprof Worldwide Bologna.

However, we keep looking for other opportunities, in particular in Asia. Bologna Fiere has opened a sales office in Shanghai.

Embracing the Afro in revolt against Venezuela’s ’bad hair’ stereotype

How ’genuinfluencers’ are taking authenticity to social networks? 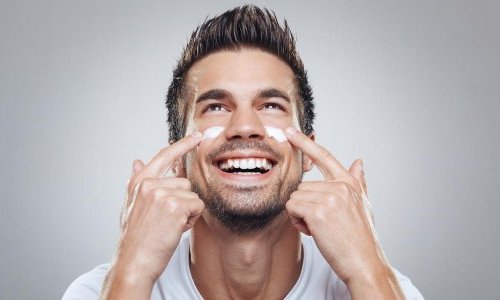 Sales of global men’s grooming products to double by 2031