New ambitions for the Arthes Group

The French group specialized in low-price perfumes has invested nearly one million euros to develop its production facility in Grasse. Main objective: to develop its skincare activity, both in formulation and conditioning.

Already the owner of one of the largest fragrance production plants in southern France (75 maceration tanks, 7 fully automated filling lines for a capacity of 120,000 bottles per day), the Arthes Group has invested nearly one million euros for the construction of a cosmetic formulation laboratory and for the opening of a cosmetic workshop for its skincare products.

Investments took place over nearly a two-year period. Priority was given to the opening of the R&D lab, which is operational since September 2013 and enables the group to achieve its own formulas for skincare products and toiletries (shower gels, body lotions, creams, face, hand creams, etc.).

The second step concerned the creation of a cosmetics workshop complying with GMP standards. The company opted for a clean room, with a gowning room for operators, an air tunnel at the entrance to prevent contamination, and a water osmosis unit for the entire conditioning process.

Operational from May 2014, the new room is equipped with a 1000 litres reactor for the mixing of raw materials, a 500 litres boiler to facilitate the use of fatty materials, an industrial laundry for the disinfection of utensils, a hot and a cold group to vary the temperature of the water, a reverse osmosis (900 litres/hour) and a 4000 litres water reserve - to constantly have water osmosis available and finally of a filling line.

So far solely focused on the production of perfumery products, the Arthes Group now has its own in-house equipments for the formulation and packaging of skin care products. Investments that follow the successful launch of the Jeanne en Provence brand, two years ago. Just one short year after its launch, this line of perfume waters, toilette waters, body care products, and home fragrances intended for the mass market, was present on the store shelves of 300 outlets in France, with specific wood displays set up in the beauty section, and was exported to Japan, South Africa, Algeria, Australia, Belgium, Ecuador, Finland, Paraguay and Tunisia.

The success of the Jeanne en Provence brand is emblematic of the strategic realignment of the company, who celebrated its 35th anniversary in July 2013. “First intended for the production of low-price, made in France perfumes for export markets, ten years later, the Arthes Group decided to set foot in supermarkets in France,” explained Aude Genesté-Barera, Marketing Director. “In addition, since 2011, the Private Label division of Arthes serves the needs of fashion and retail brands seeking to make their own perfumes,” she added. Today, this - constantly growing - activity represents about 15% of the group’s turnover. In 2013, the Arthes Group’s private label division achieved, among others, the launch of a fragrance for one the leading drugstore chain in Germany, and the development of candles and home fragrances for a famous French home decoration retailer.

Eventually, the group’s strategy - which employs around 100 people and is present in a hundred countries and 3,000 outlets in France - seems to be a winning one, with a sales increase of 11% in France in 2013, and significant market share gains in mass perfumery, despite a difficult market environment. In 2013, while total sales of mass market fragrances declined by -0.2% in France, Jeanne Arthes grew by 9%.

The global turnover, meanwhile, has remained stable despite the difficulties of south-European markets in which Jeanne Arthes is very present. 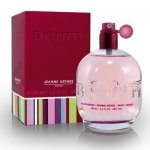 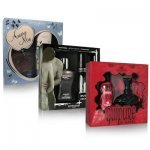 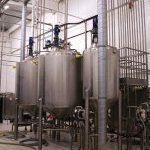 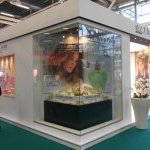 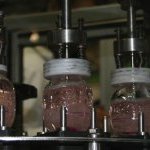 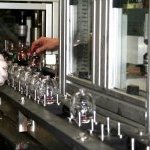 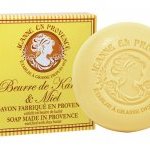 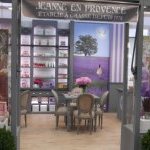