The latest edition of the Cosme Tokyo and Cosme Tech tradeshows recorded an increased proportion of international exhibitors and a strong focus on natural and organic cosmetics.

The 2014 edition of the Cosme Tokyo (finished products) and Cosme Tech (suppliers) tradeshows, which were held on 20-22 October at the Tokyo Big Sight exhibition centre, gathered 542 exhibitors from 37 countries/regions and welcomed more than 20,700 exhibitors.

“We grew the number of exhibitors by 50% compared to last year,” says Hajime Suzuki, Group VP International Sales & Marketing, at Reed Exhibitions. “Furthermore, the number of international exhibitors has doubled,” he added. This increased was especially noticeable in Cosme Tokyo, the event dedicated to finished products, with brands from Belgium, France, Greece, Italy, Korea, the United Kingdom or Thailand.

“This evolution is linked to the Japanese market itself. As the Japanese population is ageing and decreasing, Japanese companies are changing their mind with regard to foreign markets,” explains Suzuki. “Both companies and consumers are increasingly interested in novelties coming from abroad.”

This year all conferences therefore enjoyed a simultaneous English translation. And as per last year, the organizers invited several delegations of international buyers, mostly from ASEAN countries.

According to the organizers, this evolution corresponds to a real trend in Japan, where various outlets dedicated to natural cosmetics have recently opened, such as Cosme Kitchen, which offers European and Asian natural and organic brands, as well as its own line.

"There is a real interest from consumers," confirms Valérie Lemaire, Director of the certification company Ecocert Greenlife, for which Japan is a booming market.

However, the subtle differences between sustainable, natural and organic products remain quite esoteric in the mind of the great majority of Japanese consumers who hardly know the different certifications. According to Minako Suzuki, Marketing Manager at Weleda Japan, "the interest in natural products has increased considerably after the earthquake and the Fukushima nuclear problems, but Japanese consumers are very sensitive to trends and natural brands with a small notoriety need to invest in communication to enhance the loyalty of their clients.”

Suppliers are also addressing the new demand but meet some difficulties in formulating organic and natural cosmetics due to the lack of certified ingredients available locally. D.S.A. has been one of the first to focus on these products by importing made in France formulas adapted to Japanese needs. "Currently, natural anti-UV are the products that interest the most our customers," says Alexander Saidot, President.

Merry Do Beauty Products also opted for the importation of natural formulas from Italian, French and Polish partners. However, the company recently created Organic Earth, a subsidiary dedicated to this market, which now operates its own factory. "The phenomenon is new in Japan, but the late development of the market could turn as an advantage as the quality of natural formulations has made significant progress," said Junko Shiraishi.

For the next edition, the aims of the organizers are to continue to strengthen the internationalisation of the event and, of course, to welcome an increased number of exhibitors, thanks to the growing popularity of the event, particularly in Asia. In order to have a larger exhibition space, the dates of the combined events are changing again and the next editions of Cosme Tokyo and Cosme Tech will be held on 20-22 January, 2016. 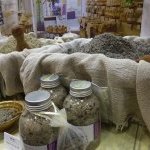 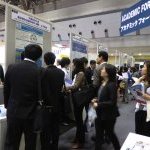 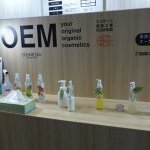 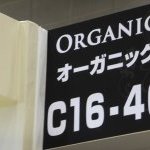 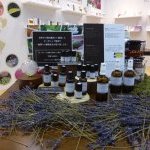