Mibelle calls on the Alpine rose to fight cellular senescence 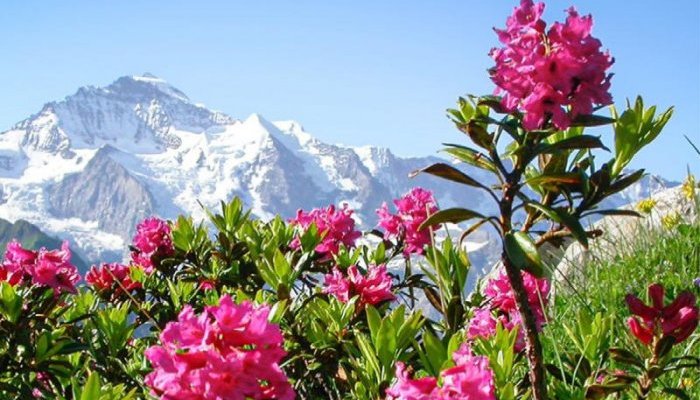 Eliminating senescent cells has emerged as a promising anti-aging therapy in the medical field in the past few years. With Alpine Rose Active [1], Mibelle Biochemistry is pioneering the novel “senolytics” concept in the cosmetics field.

When fibroblasts responsible for the production of collagen either age or encounter too many harmful oxidative stresses (such as UV light and pollution), they become senescent. Senescent cells are also called “zombie cells” because they no longer divide, but are also far from being dead. These cells continue to secrete signalling molecules that promote inflammation and can influence surrounding cells into also becoming senescent. In younger tissue, senescent cells are usually cleared by the immune system. In aged skin and skin that has been exposed to consistent stress, senescent cells accumulate. The resulting chronic inflammation exacerbates the aging process by promoting collagen degradation, which leads to a lack of skin elasticity.

Studies in medicine have shown that so-called senolytic molecules can eliminate these "old" cells and prevent disease. In order to adapt this concept in the cosmetic field, Mibelle called on the Alpine rose (Rhododendron ferrugineum), one of the most typical and prominent Swiss alpine plants.

To assess the properties of this new active ingredient, Mibelle Biochemistry carried out an in vitro study and two clinical studies.

In vivo, the application of a cream with 2% Alpine Rose Active twice daily on volunteers showed that redness was significantly reduced after 14 days by 8.4%, while skin elasticity significantly increased after 28 days by 16.1% compared to placebo.

In a second in vivo study, using a cream with 2% Alpine Rose Active allowed to completely prevent the oxidation of skin proteins after UVA-irradiation compared to placebo.

Alpine Rose Active is a purified extract of organic alpine rose leaves. This robust and hardy plant grows in the high Alpine regions of Switzerland and is carefully harvested by sustainable wildcrafting. The extract is COSMOS approved and organically certified by EcoCert.