MBF Plastiques, a converter of upscale plastic parts for the perfumery and cosmetic industry, has multiplied lately, a number of prestigious launches. Flashback on an outstanding approach, with Jean-Michel Fouilland, Sales Director.

"Two years to be remembered" is how one can qualify 2008 and 2009 at MBF Plastiques [1]. Since, the firm based in Oyonnax, in the South of France, has designed one after the other One Million by Paco Rabanne, Ricci by Nina Ricci, Scarlett by Cacharel and L’Eau Mega by Viktor Horsting & Rolf Snoeren. Launches that somewhat toke one’s breath away by their innovation in marketing or technical feat or both at the same time. But in all cases, products which clearly attracted consumers.

Premium Beauty News - One has the feeling that MBF has made a real come back in the luxury segment? True or false?

Jean-Michel Fouilland – Yes and No! We have always been in high-end packaging for perfumery and cosmetics. We have never ceased to be. May I remind you that MBF signed in the early 1980s, Yves Saint Laurent’s first Opium, who was in its own way a true revolution for the sector. And along the same line we designed, Magie Noire (Lancôme), Kouros (YSL), Maxim’s, Choc, Énigme, Rose Cardin (P. Cardin), le féminin Eternity (Calvin Klein), NOA (Cacharel).

Then it is true that as of the early 1990s, the company was wearing two hats "luxury packaging" and "technical parts" with, in particular the creation of an industrial site dedicated mainly to the production of service caps. It’s probably from that time that our image became somewhat blurred.

Premium Beauty News - Until the early 2000s when a repositioning occured!

Jean-Michel Fouilland - That’s right! We decided to make a stronger come back in the segment of perfumery and cosmetics packaging. A dedicated Sales team was set up.

Without a break, the manufacturing unit of industrial parts is converted into a production hall dedicated to the manufacture of mascaras (air-blown injection, assembly and decoration). In a few months, the effects are felt immediately. In 2000, it’s MBF who designs the new Givenchy for men. Then in 2002, Omnia by Bvlgari, followed in 2004 byAqua, also from Bvlgari.

A period also corresponding to what will become a real know-how for MBF, in other words mastering the design of sophisticated spray-caps. It’s also at the same period that we created image overmouldings on a make-up remover for Lancôme in 2005.

And then follows men’s Armani Diamond in 2006 and then women’s Ultra Violet by Paco Rabanne. A creation which highlighted all our know-how in the making of a very cost effective spray-cap: from three manufacturing molds thought of at first, our engineers managed to only design one!

Premium Beauty News - This is probably one of your main assets: finding what will make the difference!

Jean-Michel Fouilland - Well, that’s what made the difference so far. Surely a state of mind. From a brief, strive to find what will help design the part at the lowest cost and best quality level possible. We are dealing with process innovation. Automation, robotics, Choices in terms of multi-injection, all necessary industrial choices to be considered. "Flawless quality" has become our Bible.

And believe me, it’s not always that simple. Look at the Viktor & Rolf and its pear composed of nearly 12 pieces assembled automatically. A real puzzle of injected technical parts in order to dispense the product by applying pressure on both sides of the brand logo itself.

Even the bi-material "Ricci" cap, made from PP densified and PP Homo was not that simple with its collar in two parts including a "ribbon" with an invisible bond line and its finishing achieved with vacuum metallization and shiny varnish.

Premium Beauty News - Mastering the design of spray-caps has become a real specialty!

Jean-Michel Fouilland - We had this opportunity in the early 2000s and over the years our knowledge has considerably improved. To such a point that we have ended up designing some nozzles for actuators because of cost control issues and technological know-how.

One thing leading to another, we were asked to design dispensing systems for even more accomplished products. The Viktor & Rolf probably being one of the most sophisticated one we had to design. And this is probably not finished.

Premium Beauty News – And what about crisis?

Jean-Michel Fouilland – We took the blow like everyone else, but maybe not as severely. Our industrial choices proved to be the right ones and the fact we refocused on our high-end real technical know-how is paying off today. We certainly finished last year down on 2008 but almost at the same level as 2007. 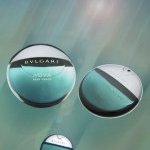 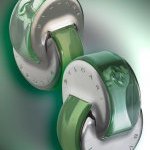 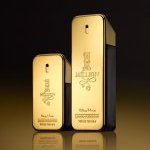 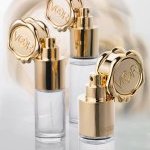 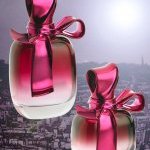 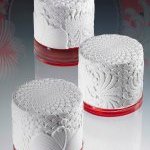