Make-up, fashion, parades, at the agenda of the new edition of MakeUp in Paris

MakeUp schools and their students will be put under the spotlights at the next edition of MakeUp in Paris, which will be held on June 20th and 21st, 2013 at the Carrousel du Louvre in Paris.

For the first time, students from three make-up schools and their models will take part twice a day to the MakeUParade in the aisles of the show, among visitors, staging exhibitors’ products.

Each half-day will give the pride of place to a make-up school. Students and their models will be offered a dedicated place in the show area to prepare themselves. At noon and 03:30 p.m., during the two-days of the event, students will parade in the aisles of the show.

Following the parade, a jury will vote for its favourite make-up and the winner will be offered a set of make-up products. The make-up student and his model and the exhibitors who supplied the make-up will then take part to the souvenir photo on a podium decorated with the participants’ logos!

Three renowned make-up schools that will be performing for MakeUp in Paris have already included the parade in their curriculum.

Founded in 2002 by Dany Sanz, the MAKE UP FOR EVER ACADEMY welcomes and trains professionals and students to make-up techniques in such domains as beauty, fashion, theatre, art, the cinema and TV industries. Open to all talents, the school delivers a unique pedagogy initiated by the creator of the brand, based on a theoretical, practical and multidisciplinary approach. The quality of the curriculum delivered by the Make Up For Ever Academy makes it an international reference in the world of make-up. Today, a broad network of Academies has extended to Northern Europe, the U.S., Asia or the Middle East.

The Institut Technique du Maquillage (ITM Paris) is a make-up and artistic make-up school which was established in 1985. It offers a 2 or 3 years course of study preparing students to become versatile professional make-up artists: Cinema, Television, Fashion, Entertainment, Events, Beauty... The curriculum is both theoretical (culture, English, ...) and practical. All courses are given by a team of professional instructors still active in their field. The Institut has established many partnerships and contacts with the professional world allowing students to immerse themselves in the trade (Opéra Bastille, Ecole Louis Lumière, Shu Uemura, Mac, Armani Cosmetics, TV stations, production companies...). In addition, ITM has set up short training sessions: self make-up or discovery of make-up for the general public, training for professionals: airbrush, HD make-up... 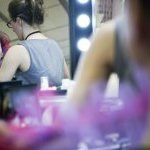 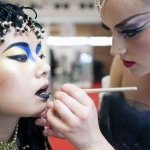 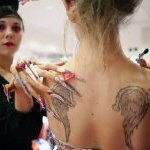