Contribution to the preservation of a thousand-year-old tea tree forest in Yunnan, traceability of ingredients, raw material organic certification (Pu’Er tea), contractual commitment with local populations to ensure they get a stable income, eco-designed packaging… young brand Cha-Ling Esprit du Thé, which was formulated by LVMH Research and incubated by Guerlain, was “born from a green dream”, as CEO Élodie Sebag puts it.

The idea came to Guerlain’s President & CEO Laurent Boillot five years ago, when he travelled to the Chinese province of Yunnan, tea’s original birthplace. Moved by the beauty and richness of the biodiversity of the Xishuangbanna forest, an ecosystem threatened by deforestation, he decided to engage with biologist Josef Margraf and his wife Minguo-Li to save this ancient heritage sheltering highly venerated Pu’Er tea. To this aim, he chose to create a brand based on this precious ingredient endowed with a strong antioxidant power, and to use part of the revenues to reforest the place as it was originally, with a diversified ecosystem.

Just like wine, Pu’Er tea has the specificity of improving with time. It peacefully matures in a cellar for decades, which makes its phytochemical profile gradually change. Beyond its strong antioxidant power, as it ages, it develops complementary molecules with an anti-aging action. Starting with these elements, the LVMH laboratories worked for three years to select the trees to harvest and develop formulas containing two types of tea – fresh tea harvested every year and tea that is at least four years old.

“The products were developed following sustainable development principles, with a strict formulation charter, no parabens, no sulphates, and no silicones, although there is a strong sensorial level,” Élodie Sebag asserts. The formulas are composed of 85% to 99% green ingredients, the weight and volume of glass packs are reduced by 25%, and there is no external packaging: instead, there is a solution inspired from Furoshiki, a traditional Japanese technique for cloth packaging. Creams, and soon fluids will also be featured in ceramic containers made by hand in Limoges, France, for a refillable version.

“We have sponsored the Tea Garden project in Yunnan, and we have already replanted more than 100,000 tea trees so far,” Élodie Sebag adds.

Although all products are made in the Guerlain plant in St Jean de Braye, France, Cha Ling was intended to be globally positioned as a French-Chinese brand. “Very early on, we expressed the will, and that was important, to fully integrate the Chinese culture as soon as the development phase, and not just use the ingredient,” explains the CEO.

The range integrates both skincare and rituals derived from traditional Chinese medicine for the application gesture, and of course, there is a whole environment around the ceremony of organic-certified Pu’Er tea (mugs, ceramic teapot).

Launched in January 2016 simultaneously in France, at the Bon Marché department store, in Hong Kong, with a wholly-owned store, and on an e-shop, Cha Ling was then established in Shanghai in July, with a new store.

Little by little, the brand gains fame with a targeted digital strategy (Instagram, platforms, Birchbox…), as well as a programme supported by micro-influencers in the beauty and lifestyle industry. “After a year and a half, we have achieved over 20% repurchases in the three countries,” Élodie Sebag.

“Cha Ling is at the crossroads of different trends: wellness, the return of traditional medicines, in particular the Chinese medicine, and of course, the green movement. It seduces different customer profiles with different arguments – the overall Chinese tradition spirit in France, and the ‘made in France’ know-how in China. Lastly, it offers the LVMH efficacy for a meaningful purchase,” she concludes. 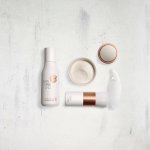 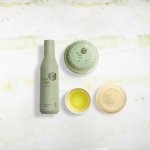 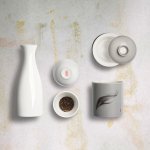 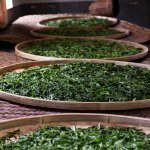 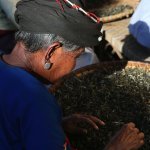