Lucas Meyer stole the show at in-cosmetics Asia (Bangkok, 3-5 November 2015), with its Happiness in a Jar with Lecigel functional and Exo-P active ingredients both claiming Gold in the event’s Innovation Zone Best Ingredient Awards.

Due at high number of competitors at this year’s event, the organisers of in-cosmetics Asia have given the 2015 awards in two categories - Best Active Ingredient and Best Functional Ingredient - with twelve products shortlisted by a panel of industry experts.

In the active category, Exo-P, which forms a biomimetic shield on the surface of the skin to fight against urban pollution and smog, was awarded top spot for being “a truly cosmetic ingredient providing a protection function important in today’s polluted cities” according to the judges. Whereas, Lucas Meyer’s Happiness in a Jar with Lecigel ingredient - developed by specialists in psychology and neuroscience - was a clear winner in the functional ingredient category. Judges said that “evaluating emulsifiers with superior textures to show that the consumer will feel pleasure in their use made this product an interesting and innovative proposition”.

“These two awards are testament to our teamwork. Happiness in a Jar is magic coming from phospholipid. It’s a most unique texture and the next generation of emulsifiers. Exo-P is groundbreaking technology to fight pollution targeting PM2.5,” said Christine Desy, global commercial director of Lucas Meyer Cosmetics. 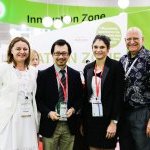 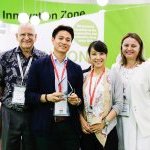