Linhardt ready for the battle

Linhardt, a family-owned German company, specialized in the production of flexible aluminum and plastic tubes (3 million pa) and small and medium rigid aluminium containers, has just gone through a period of unprecedented changes in its history. The company is now ready for the battle.

Two new Managing Directors, Monika Kopra-Schäfer since 2005, and Christian Schubert, are the successors in office, since 2009, to Walter Schlicht who retired in February 2010. The company has reorganized itself around three poles, "Cosmetics" with Hans Eckhardt, "Pharmacy" with Sebastian Bumm and "Food / Non Food" with August Wanninger since 2008. At production level was also established the "TPM and Team Work" concepts which involve all the actors taking part into in production from one end of the line to the other... Finally more than ever, emphasis is placed on international development and innovation.

The company is strengthening its commitment in Egypt which goes back to 2007 with its local business partner (New Hover) and is also stepping up its efforts in France with the appointment, in 2009, of Philippe Rudowski to head Linhardt France. As to the "innovation" approach, it is paying off! In 2009, Linhardt launched its famous "Multiflex" tube, which was singled out the same year at the German Packaging Awards and the World Star Awards, and currently, it’s the release of the "Orikuka" tube, fitted with a clever protective and tamper-evident system, without forgetting the "Dispenser Tube", and more recently, the "MedicPen".

“It’s true, we convey mostly a pharma image”, admits Monika Kopra-Schäfer, Managing Director, “while in fact, in percentage of sales, cosmetic products are in the lead with 41%!” An image pertaining of course to the company’s history. “One must remember that more than half of all aluminium tubes used for pharmaceutical purposes in Germany come from our factories,” she says. A pharma image anyway, which can only be a plus to reassure clients coming from the beauty sector, especially since the quality and cleanliness criteria are becoming more and more identical.

But Linhardt is also operating in the Food industry (26% of turnover) and on the very specific segment of rigid aluminum "cigars tubos". A niche market which is part of the production of aluminum "rigid containers", workshops that managers have dynamized even more by developing a new aerosol can of a diameter of 45 through the implementation of a new production line capable of producing some 200 pieces per minute.

“It’s one of the first thing we got down to”, explains Monika Kopra-Schäfer. “It was absolutely necessary to reorganize both, production and sales to be more in tune with the evolution of our customer market.”

Then came the implementation of the "TPM and Team Work "concepts to improve productivity, where a team working on a line is responsible for the entire line. In addition, sales teams are divided into three poles, Cosmetics, Pharmaceuticals & Food / Non-Food. “It obviously a matter of hearing and understand what the market wants,” insists Monika Kopra-Schäfer.

Finally, the entire company is directing its efforts toward innovation. One of the high points of these efforts was the development and marketing in 2009 of the "Multiflex tube" which allows, through its technical design, to cover the famous weld seam running conspicuously along the tube, hence providing 360° printing possibilities. The current production line is capable of producing about 30 million of them per year.

Over the months, Linhardt’s development teams have successively developed the "Dispenser Tube" in partnership with the Rexam Group (including a Multiflex version to be released in the coming weeks), then it’s the roll out of the "Orikuka" new tube with its an ingenious protection and tamper evident device integrated to the sealed ring and cap, making it very easy to open with a simple twist of the cap. A product that will also soon be used by the cosmetic industry.

Finally the MedicPen is already developed. “It’s a clever combination of an ancient technology mastered by Linhardt (that of felt markers),” explains Monika Kopra-Schäfer, “which enables us to propose a particularly efficient applicator for sophisticated medical products and with all the more reason for cosmetic products”.

Among the leading European producers

With an expected turnover of EUR100 million in 2010, with a workforce of 1,000 people and a production capacity of 550 million pa of aluminum tubes, 180 million pa of rigid cans, 210 million pa of plastic tubes and 30 million pa of Multiflex pipes, the German firm intends to remain among the front runners of leading European producers in aluminum and plastic flexible tubes. “To achieve this, we spend about 11 million euros per year in the production tool (approx. 10% of turnover). We also firmly believe that workforce sustainability is a strong asset we are very proud to maintain with on average, a ratio of 10% of our workforce on apprenticeship,” she says. As for the pharma, image it will probably be less and less corresponding to the reality of Linhardt’s evolution. The cosmetics industry already representing 41% of sales, with an expected growth this year of 8%.

“This is another reason why we want and we must be more present in France”, she says, “our activity in this country only accounting for 8% of sales. Our new Multiflex tube should help us.” 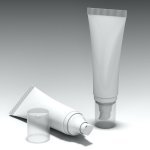 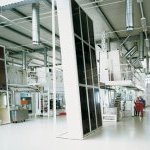 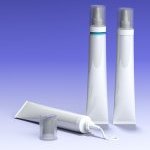 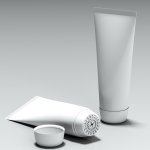 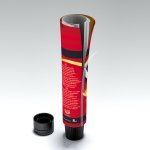 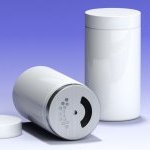 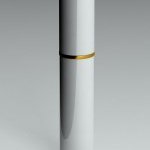