L’Occitane lets the sunshine in with new store design

L’Occitane brings even more of the sun light and colours of Southern France into its stores with the global launch of its new “Sunshine” concept. Through this new retail design, the company intends renew its brand image while reaffirming its original roots and bringing its customers into a friendly and peaceful relationship with new technologies.

L’Occitane is rethinking the design of its stores in France and abroad by testing a new concept named "Sunshine". More than 40 boutiques in Europe, the United States, the Middle East, Asia and Russia will be fully renovated to comply with the new design. In France, the first Sunshine boutique opened its doors on September 4, avenue des Ternes, in the 17th arrondissement in Paris.

"In a globalized world where the role of technologies is getting increasingly predominant, the L’Occitane cosmetics group has chosen to bet on more authenticity and a solid grounding in reality," explains the company in a statement.

The new concept resolutely opts for vivid colours and a warm lighting. The brand’s iconic yellow is now massively colouring the shop’s inner and outer walls, sublimated by a warm lighting coming down from the ceiling and from backlit furniture. The new colour code modernizes the brand’s image, while retaining the essential references to its Provençal origins.

When entering into the shop, the visitor’s eye is not attracted by flat screens but by a large round washbasin, the so-called “Ice Breaker” zone, which is intended as a facilitator between customers and shop-assistants. This is very symbolic of L’Occitane’s choice to limit the visible footprint of digital technologies in its stores. The company wants to put digital technologies "at the service of the sensory experience and not the opposite".

Various dedicated areas (face skincare, men’s products, fragrances, gifts, etc.) invite customers to test the products within a calm and friendly environment, with the help of shop assistants who will use the tablets available in the boutiques only for specific requests.

Nevertheless, the new shops are far from being cut off from the digital world. Actually, digitalis everywhere in the back office as well as in the organization of a click-and-collect service called “Pick in Store”: customers can order online before withdrawing their product in the shop of their choice, three hours later.

Other "Sunshine" shops are expected to open in the coming months in France and the concept is also being tested since August in China and other countries in the Asia-Pacific region. 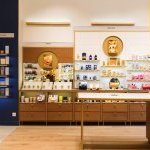 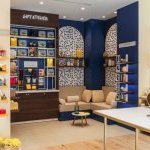 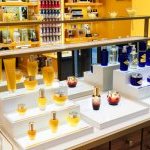 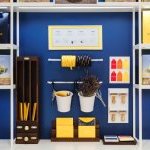 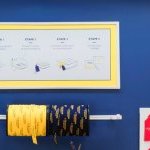 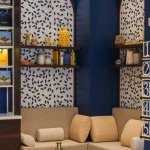