L’Occitane has entered into an agreement with the founders of premium skincare brand Erborian to immediately acquire a 50.14% interest in their business. L’Occitane International and its subsidiaries expect to raise their shareholding subsequently to approximately 63% after a capital increase, with the remaining 37% jointly owned by Mrs. Katalin Berenyi and Mrs. Hojung Lee, the creators of Erborian.

Erborian is a French-Korean brand that combines ancestral Korean medicinal science and high technology. Founded in 2006, Erborian has established its presence in more than 15 countries, including Japan, the United Kingdom, Germany and France, and is sold in major perfumeries and department stores. Its revenue is expected to be approximately 2.5 million euros for its current financial year ending 31 August 2012.

This transaction marks L’Occitane’s first acquisition of a brand after its listing in Hong Kong. It is consistent with the group’s strategy to focus on cosmetics brands based on natural ingredients and complements the group’s existing portfolio with a first product range having its roots in Asia.

The group’s other brands are: L’Occitane, Melvita and Le Couvent des Minimes. 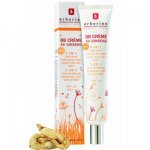 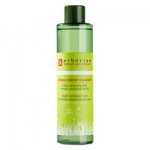 (Re)Awakening : The Future of Beauty and an Era of New Semantics in the...