The 2013 edition of the Japanese-French seminar organized by the Scientific department of the Embassy of France in Japan and LVMH Recherche took place on the 3rd of July at the French Embassy in Tokyo. The event offered a program of nine lectures dedicated to the theme of “Antioxidants: new sources of applications in life sciences”. Gathering Japanese and French researchers, the aim of the seminar was to encourage and facilitate the sharing of knowledge leading to new innovations.

“LVMH has been cooperating for a long time with Japanese universities. Almost immediately, we focused our interest on the specificities of Japanese and Asian skins and we have already organized several scientific conferences in the region, in Japan of course, but also in China and the Philippines,” explains Frédéric Bonté, Director of Scientific Communication at LVMH Recherche, the research and development division of LVMH (Dior, Guerlain, Givenchy, etc.) for perfumes and cosmetics.

"This seminar, which is now in its fourth edition, is the occasion of a meeting between Japanese and French scientists. Participants include academics, business representatives and members of learned societies," he adds.

This year’s seminar was dedicated to natural antioxidants (from botanical or marine origin) and their application in the cosmetics sector, but also in the pharmaceutical and food industries.

Such active ingredients can be used in cosmetic formulas in order to fight the free radicals and oxidative processes due to UV and pollution, damaging factors involved in skin ageing and some skin diseases.

“Due to urban pollution, skin and body oxidation today is of major concern. Up to now, it was very time consuming and difficult to make a confident prediction about the anti-oxidative properties of molecules. However, the research on new antioxidant molecules is growing rapidly,” underlines LVMH Recherche. 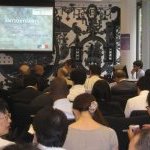 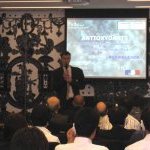 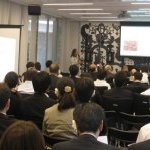 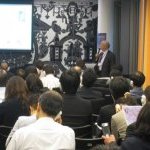