The famous 1950s fashion designer marked his olfactory era with two mythic fragrances, Green Water and Iris Gris. In 2016, in partnership with perfumer Cécile Zarokian, Rania Naïm, Artistic Director of the Panouge group, decided to breathe new life into Jacques Fath perfumes, by launching the Fath’s Essentials collection composed of three original creations, as well as the renowned Green Water, recreated ‘with the nose’. This bold olfactory gamble is now repeating with L’Iris de Fath, a re-edition of Iris Gris, with such exceptional raw materials that it has become the world’s most expensive concentrate.

The Maison had been asleep for several decades, leaving Green Water and Iris Gris lovers with their own memories. When Rania Naïm revived Jacques Fath, she aimed to give these fragrances their rightful place back, while creating a world faithful to the avant-gardist, modern personality of their creator, a contemporary of Christian Dior. “I wanted to convey his spirit through perfumes,” she explains. She immediately thought about Cécile Zarokian, an independent perfumer who designed many alternative perfumery creations.

“I was very honoured, but also much impressed, because Jacques Fath perfumes are great references in perfumery”, Cécile Zarokian reveals.

The rebirth of Green Water

The first Fath’s Essentials collection was born in 2016, inspired from the world of travel and colours. It featured three free creations, but most of all, the re-edition of the famous Green Water. “Working on such a monument was a real challenge for me. This perfume has its own enthusiasts, so they had expectations and I could not disappoint them,” explains Cécile Zarokian. To get as close as possible to the 1947 original version by perfumer Vincent Roubert, she worked with her nose only, without any formula, based on the original fragrance stored at the Osmothèque, the world’s perfume archive based in Versailles, France.

Just like in the fashion designer’s era, when the price of the concentrate did not matter and the creation quality prevailed, Rania Naïm let the creator work with much freedom of choice, in particular in terms of raw material quantities. “There is no such thing as a briefing for these perfumes, I let creators work and I do not impose any budget limit, but the raw materials need to be beautiful,” the artistic director confirms.

For example, to revive its original trail, Green Water required 5% of Néroli essence. “It is huge, but it is essential, because other than its Hesperidia and aromatic aspects, Néroli is really one of the key ingredients in this perfume,” adds Cécile Zarokian, who is delighted with the freedom of action she also enjoyed for the composition of the three other juices in the collection: Curaçao Bay, Vers le Sud, and sensual Bel Ambre.

In 2017, a second collection composed by Italian perfumer Luca Maffei enriched the brand’s world with four new fragrances directly inspired from the creator’s work. The two perfumers will be gathered for a new collection in 2019.

Two years after this rebirth, Jacques Fath perfumes are now focusing on the other major reference of the Maison, Iris Gris. The re-edition, called Iris de Fath, has just been showcased at the Milan Esxence show. The creation constraints were the same as for Green Water. Without any existing formula, there was no choice but to recompose the fragrance using the nose, which required a whole year of development.

Concerned about being as faithful as possible to the mythical original version, Rania Naïm felt the need to collaborate with a jury of great perfumers: she opened the challenge to different creators. “It was so important that we could not be the only ones to decide. I contacted the best noses for all our different proposals,” she explains.

After a blind test, the jury unanimously chose the version of young perfumer Patrice Revillard, of independent perfume laboratory Maelström. The high quantities of Iris concrete and absolute make it the most expensive concentrate in the world.

As such, only 150 bottles of perfume will be edited every year, for about 1,500 euros for 30 ml. The bottle design is identical to the original and completed with a few more sophisticated touches. The Iris Gris rebirth is announced as one of the milestones of the year in the world of high perfumery. 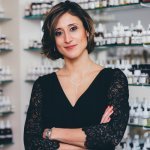 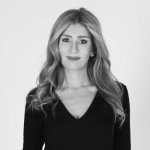 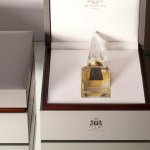 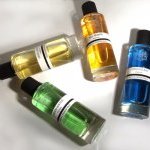 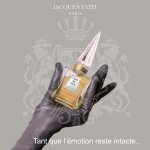