Intercos, the world leader subcontractor of leading international groups for the creation and development of makeup products, has signed an agreement with the Percassi group, already present in the cosmetics sector with Kiko, for the sale of its makeup brand Madina Milano.

One of Madina’s main assets is its network of twenty newly refurbished shops, not only in Europe but also in Japan, Mexico, Qatar, Israel, Saudi Arabia and Iran. According to the Percassi group, whose aim is to strengthen its makeup business, the goal is to repeat the successful adventure of Kiko Makeup Milano. "We plan to replicate Kiko’s winning formula, a broad range of products, a very competitive price-quality ratio, and a very rapid integration of emerging trends," explains Massimo Dell’Acqua, General director.

Madina was established 17 years ago "as an experiment." Intercos was used to introduced it as a laboratory for catching up with trends and consumers, but this activity was not fully consistent with its core business: the creation of makeup products (lipsticks, eye shadows, mascaras, foundations and powders) for major international operators. “We are getting back to production only" said Dario Ferrari, the founder and current president of Intercos, of which he is also the majority shareholder.

Founded in 1972, Intercos operates three production sites in Italy and eight around the world (the United States, France, UK, Russia, Spain, China, Japan, Malaysia, Australia and soon also in Brazil), as well as eleven sales offices (in Switzerland, the United States, China, Malaysia and soon in Brazil). The company employs over 3,000 staffs and is known for its ability to innovate: 460 people - about 15% of the staff - are dedicated to innovation in the group’s three R&D centres in Italy, in the United States and in China. Moreover, Intercos annually invests approximately 10% of its turnover (over 300 million euros expected in 2012) in innovation. Thus the group is able to provide its customers with over 500 new formulas each year. 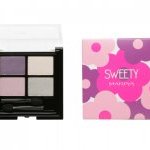