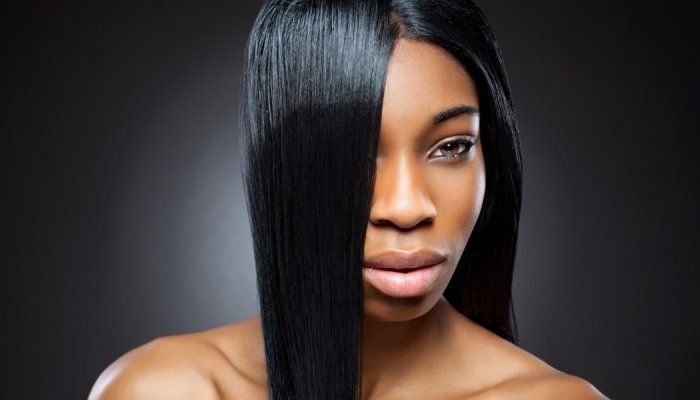 A recent research by the US National Institute of Health (NIH) reveals that the chemicals used for hair straightening could be associated with higher uterine cancer risk, contrary to other hair products such as dyes or perms, with Black women potentially more affected due to higher use.

The National Institutes of Health (NIH) looked into the chemical products used by women to straighten their curly or frizzy hair. The procedure, which involves modifying the texture of the hair in question to make it straight, is apparently not without health risks. Such are the findings of this study conducted among 33,497 American women aged 35 to 74, over a period of nearly 11 years, who participated in a survey led by the National Institute of Environmental Health Sciences (NIEHS) seeking to identify the factors involved in several diseases, including some forms of cancer. [1]

The major study, which identified 378 cases of uterine cancer, reports that women who used chemicals to straighten their hair had a higher risk of developing uterine cancer than those who did not. The scientists found no link between uterine cancer and other hair products, such as dyes, bleaches, highlights or perms.

It should be noted, however, that it was essentially the women who declared using these straightening products "frequently" — meaning more than four times in the previous year — who were more likely to develop this type of cancer. This risk, according to the researchers, was twice as high compared to those who did not use these products. Note, however, that the risk of developing uterine cancer following frequent exposure to these chemicals appears to be relatively low according to the figures provided by the scientists. Moreover, the study did not collect any data on the brands or on the ingredients contained in the products used.

"We estimated that 1.64% of women who never used hair straighteners would go on to develop uterine cancer by the age of 70; but for frequent users, that risk goes up to 4.05%,” said Alexandra White, Ph.D., head of the NIEHS Environment and Cancer Epidemiology group and lead author on the new study. “This doubling rate is concerning. However, it is important to put this information into context — uterine cancer is a relatively rare type of cancer.”

According to previous data, the incidence rate of uterine cancer appears to be on the rise in the United States, and particularly among Black women, with more than 65,000 new cases estimated in 2022. In its study, the NIH indicates that 60% of the women who said they had used chemicals to straighten their hair were Black women, implying that the effects on their health could be more significant due to this higher prevalence of use. It is also within this population that the incidence is rising the most.

"Because Black women use hair straightening or relaxer products more frequently and tend to initiate use at earlier ages than other races and ethnicities, these findings may be even more relevant for them,” said Che-Jung Chang, Ph.D., an author on the new study and a research fellow in the NIEHS Epidemiology Branch.

While the correlation found in the study show there is a potential problem with hair straighteners, more research is warranted to identify specific chemicals driving this observed association. Formaldehyde and formaldehyde-releasing chemicals, which are part of some straighteners, have already been identified as playing a potential role in hormone-sensitive carcinogenesis.

No cause to effect identified, according to PCPC

“A fundamental principle of epidemiology is that association is not the same as causation; one does not necessarily lead to the other. The association observed in the study is with people who straighten their hair, not the ingredients in hair products or any specific chemicals as this data was not collected,” commented Kimberly Norman, Senior Director, Safety and Regulatory Toxicology, at the Personal Care Products Council (PCPC) in a statement.