Granado keeps developing in France with a second store in Paris

After opening a first store in December 2017 in the Parisian district of Saint-Germain-des-Prés, the Brazilian brand keeps developing in France: they will open a new point of sale in a different district, Le Marais, in early February.

For their second address in Paris, Granado chose Rue des Francs-Bourgeois, probably one of the most coveted streets for beauty and perfume brands. The opening is scheduled for February 7, at number 11.

The new 50m2 space recreates the warm setting of 19th century Brazilian pharmacies, in particular the brand’s historic pharmacy opened by Antonio Coxito Granado in 1870 in Rio de Janeiro. It is still in operation. The atmosphere is both traditional and coloured: carved wooden furniture, retro style earthenware on the floor…

Now the “Official pharmacy of the Brazilian imperial family”, Granado gradually managed to become part of the Brazilian heritage. Purchased in 1994 by Christopher Freeman, a British investor who had settled in Brazil, the brand was successfully relaunched. In 2004, Granado purchased the Phebo pharmacy, another jewel of high-end Brazilian cosmetics created in 1930. Today, the two brands spread their wings together out of their country of origin.

Granado and Phebo made their debut in France in 2013 at Le Bon Marché department store, where their original scents and textures quickly seduced the Parisians. The brand’s first French store opened in December 2017, in Rue Bonaparte, at the core of the Saint-Germain-des-Prés district. Granado and Phebo offer a broad range of products: soaps, toiletries, body and skin care, hand and nail care, perfumes, etc. 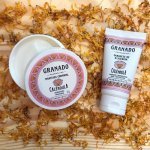 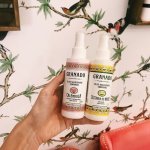 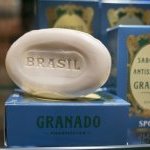 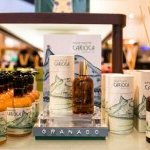 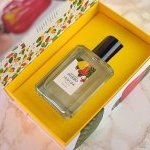