Back in January, Beyonce attended the Grammy Awards wearing a mysterious new Glossier makeup product that had fans desperate to know more. Last night, at the 90th Academy Awards, the brand unveiled the full details of its newest launch — and as it turns out, Beyonce isn’t its only celebrity devotee.

Dubbed "Lidstar," the product is the brand’s debut eye makeup product. A shimmering eye gloss, the product is available in six different shades, each as glittery and shiny as the next.

Lidstar launches Monday on Glossier.com, but beauty buffs were given a chance to check out the various color options during the Oscars ceremony on Sunday evening. Tracee Ellis Ross rocked the eye gloss in the shades "Cub" and "Fawn" for a reddish-gold glow, while Taraji P. Henson and Best Supporting Actress winner Allison Janney both opted to wear a lick of the mauve-tinged "Fawn" for their big night. 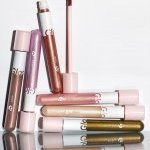 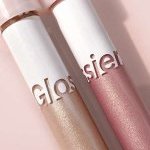