Genderless innovation based on neuroscience

The history of dance is rich in innovations, from the first creations of ballet master Jean-Georges Noverre, to the modern dance of Isadora Duncan, Martha Graham, Rudolph Nureyev or Pina Bausch until the modern interpretations of Britain’s Got Talent finalist Yanis Marshall. The famous peer-reviewed academic journal Science launched for a few years the Dance your PhD competition, in which candidates could translate the subject of their thesis of chemistry, physics, biology and others in a dance. As part of a recent development, our assignment was to create a genderless fragrance and to commit a choreographer to translate this perfume into a dance.

The genderless trend can be explained within an overall cultural change where the boundaries between femininity and masculinity begin to fade. It is clear that society is facing a huge change of mentality, we can say that we are in an era of plurality. We are all human beings who do not want labels. The new generations break gender norms.

This trend is already present in advertisements, and new applications based on this concept are already appearing in the food and beverage categories. Last year, a beer was launched based on the genderless concept. Music and especially fashion are the categories that have contributed the most to this trend.

As far as cosmetics are concerned, perfumery is the category where the genderless trend is the strongest with terms such as ‘genderless’, ‘gender-free’ or ‘genderfull’ being more and more common. It is interesting to see how the trend is beginning to be reflected in other categories such as skin care, personal care and makeup. According to forecasts from trend agencies, genderless beauty is expected to gain market shares.

What role for neuroscience-based innovation in this context? A new methodology has been developed. Based on eye-tracking, it makes it possible to evaluate the preference for a product by using the agreement / discordance technique [1]. This methodology was applied to select the olfactory note of a perfume a close as possible to the genderless concept. For this study, a panel of 62 volunteers was assembled, including heterosexual, gay, lesbian and transgender women and men. To develop the calibration, an androgenic model was recruited and after a make-up and hairstyle session, 6 photographs of the model were taken in a non-gendered, male and female style. From these images, a methodology of agreement and coherence has been elaborated for the perfume evaluation.

Thanks to electroencephalography and neurosciences it was thus possible to translate the selected genderless fragrance into a dance. The creation was entrusted to Jaime Rincón, a famous Colombian dancer, finalist of the contest "Dance with the stars" in Colombia. 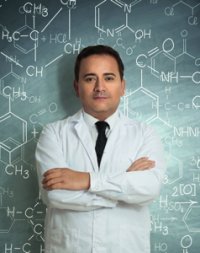 John Jiménez is pharmacist from the National University of Colombia. He has a Master´s degree in Sustainable Development from EOI Business School in Madrid and has specialization studies in Marketing, Neuromarketing and Cosmetic Science. He has received several international awards, such as the Maison G de Navarre Prize (IFSCC 2004), Henry Maso Award (IFSCC 2016) and awards for the best scientific work in several international conferences.

He began his carrier in the cosmetic field in 1999. He joined the R&D department at Belcorp in 2005 and currently is Senior Exploration Scientist for skin care and suncare categories. He is author or co-author of more than 25 scientific publications.